The name of this platform means Touring Light: the monocoque chassis central frame is definitely lighter than its predecessors based on bathtub chassis format.

It was first released in 1997 with the 58191 Calsonic Skyline GTR model kit and 29 models will use this platform in only 5 years, not counting two more models using the buggy variant.

At the time, the platform was aimed at the leisure market segment, but also to the race beginners at club level. Its main limit for racing are the only three available gear ratios, but performance, solidity and most of all reliability were more than enough to go further than just leisure use. 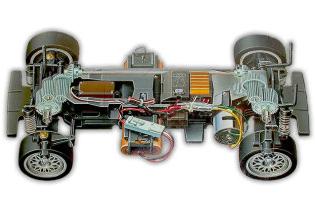 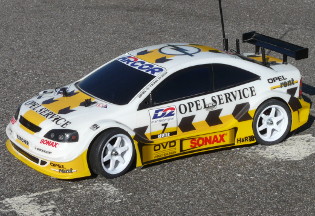 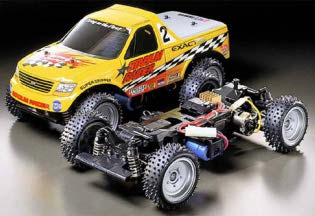 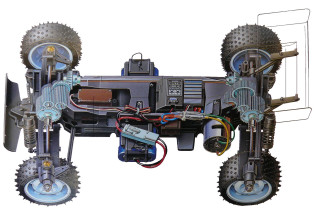 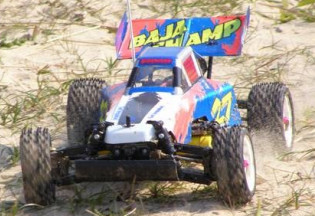 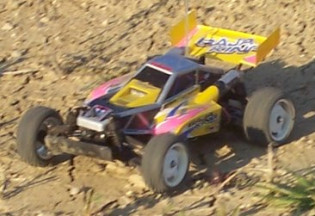 Apart from longer lower arms and driveshafts, and suspension with more travel, the TL-01B buggy variant is identical to the on-road version. At the very end of its career, the TL-01 introduced the TL-01LA variant with a slight modification on the suspension system: only the two last models of the series used it.

This platform revealed to be an excellent on-road chassis, very reliable, solid and a good performer, the perfect weapon to begin racing with a Tamiya chassis. In 2003, the TL-01 left its place and role to the TT-01 chassis.

Conclusion about the TL platform

Not much to show about the TL-01 chassis, but a lot to say about it to understand how important it was for Tamiya.

First, there are about as many models using the TL-01 chassis than models using the TA-01 plus the TA-02 chassis. Then, how these models concentrate in Tamiya's offering: about 30% of all models released between 1997 and 2002 are TL-01s. Tamiya also brought buggy and stadium trucks variants and this reminds the TA-02T and DF-01 at the beginning of the TA series: these are clues about Tamiya's future strategy on this market segment.

With the TL-01, Tamiya sets up their Touring entry-level strategy consisting of offering a very wide choice for customers:

The objective is to seduce beginners using many beautiful and different bodyshells to satisfy any taste. In addition, the chassis is very robust and reliable, perfectly suited even for parking lots pebbles and dust, and it can last even if it is not properly maintained. Moreover, the TL-01 is a great chassis for racing beginners who need to learn driving without spending fortunes in the chassis or in replacement parts after each driving mistake. To make it short, the TL-01 perfectly suited a beginner's requirements: this explains its great commercial success. And also the source of so many bad opinions about it: too much plastic, to much of a “toy”, too limited to the eyes of “serious” racers who mostly swear only by more “noble” and very complex to setup chassis. In one word, too much “Tamiya” to the taste of those who don't know yet how the manufacturer will outrageously dominate the World Touring category during the next decade.

Somehow, the TL-01 is both a great success and a test run for Tamiya, the rehearsal of a better strategy to come, more formidable and of a much larger scale. This is exactly what comes next.