Surprise: this is the TL-01 chassis come back in my collection, this time as an on-raod version. My collection evolution, and especially the fact that it now counts more on-roaders than off-roaders, made me realize my lack of driving skills. So I wanted a simple, reliable and cheap model for training.

The TL-01 chassis reigned from 1997 to 2002 in Tamiya's offering with about thirty models including a variant with two buggies. 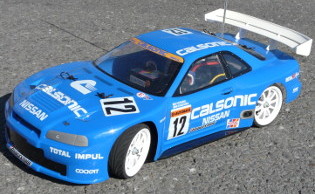 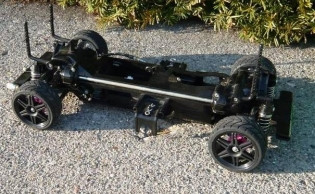 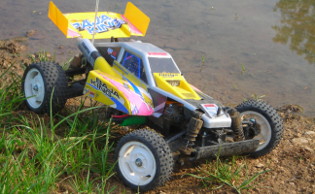 The offer is wide and anyone can find what he likes. Only the bodyshell and sometimes the wheels and tires may vary, except kits 58293 and 58296 using the TL-01LA (Long Arms) variant.

The kit 58238 was never released to a licensing problem with the bodyshell. It should have been a Stadium Raider (58246) configuration with off-road wheels. As for the buggy variant (TL-01B), only two models used it (among which the Baja King: the link to its dedicated article is given at the end of the present article).

My TL-01 when it arrived

This is a second-hand model: perfect for what I plan. It will be given a spare bodyshell I already had in stock. 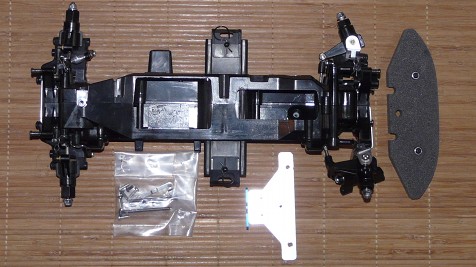 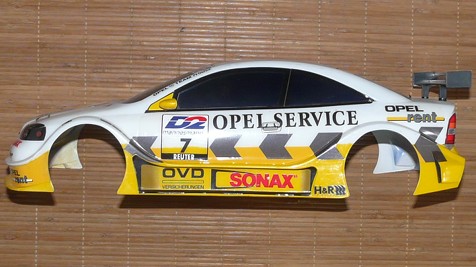 The model is almost brand new and I received it with the optional front and rear stabilizer set (reference 53324), the adjustable turnbuckle tie-rod set (reference 53300), the carbon propeller shaft (reference 53323) and the aluminum front C-hubs. Anyway, I won't spend a lot of time on this model: I will leave the bodyshell untouched except by adding adhesive tape to protect it from my poor driving skills.