Tamiya created a network of exclusive distributors who are granted a territory to distribute the product through their resellers network (mostly local hobby shops and chains specialized in toys). Quickly said, a distributor's job is to import the products (logistics, custom procedures), to make them comply with local laws (sticker with translated instructions and security warnings...), to distribute the products to a resellers network and to promote the products.
In France and Belgium, the territorial exclusivity was granted to T2M and to Dickie for Germany (among others). Other countries have their exclusive distributor too. The territorial exclusivity is a way to avoid destructive competition between distributors and features two other advantages: there are no price wars and this allows long-term commercial relations.

Nevertheless, it could be interesting for a distributor to sell to stores located outside its exclusive territory as well as stores may be willing to take advantage of distributors strategy differences (especially prices). For a better serenity between distributors (and stores), Tamiya established a system offering guaranties to everyone: trademark registration.

In fact, Tamiya Japan owns its brand and its logo worldwide. Like every brand, Tamiya registered its brand and its logo in particular to protect it from conterfeits (copies): so far, nothing special. What's original with Tamiya is they granted their distributors to register their brand and logo in the country where they operate (where they are granted a territorial exclusivity). So the fact is Tamiya brand and logo are registered by T2M in France and by Dickie in the other European countries. The proof can freely be found on the INPI website (the French bureau for registered trademarks): I made a screenshot of this information I found performing a rapid search on the brand. You can click on each image to display it full-size.

Consequences on Tamiya brand and logo usage in Europe

Because each distributor owns the brand and logo rights in the country where it is granted a territorial exclusivity, the laws on trademark propriety say the following: any product located in a European country is legally considered as a counterfeit if it was not imported by the exclusive distributor of said country. Here, the word "counterfeit" is directly linked with the rights on the brand and the logo: conterfeit does not mean "copy" here but it applies to the fact that the product wears the intellectual property (the brand/logo) without permission of the owner (the distributor). For legal European aspects, an authentic Tamiya product from a Tamiya factory is a Tamiya branded product only when the local owner of the Tamiya brand imports the product in the country where the product will be located.

You'd better carefully read again the previous paragraph to fully understand it. Now, let's take a concrete example to see how all this works altogether and what are the consequences:

Alright, still alive? I may have warned you to take Aspirin before you start reading

Now ladies and gentlemen, just for fun, here are three more examples. For each, we pretend that all drivers bought their model at their local hobby shop and that all of them drive a Tamiya model: 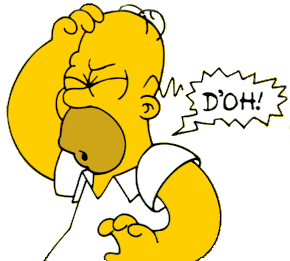 What? You said absurd? Read again with care: it's pure logic! Examples listed above can really happen: the logic implied by laws on intellectual property leads to unexpected situations, but these situations are real legally-wise.

I wonder if their is a law "supremacy" dimension on intellectual property. There is at the European level (for general laws): one law approved at the European Parliament is "stronger" than any country-specific law, unless the "local" law is more favorable than the european text.

So, it might be very interesting to know if Tamiya's brand protection system in Europe is not a fake law-wise. In fact, Tamiya's worldwide registration by Tamiya Japan is earlier than any other "national" registration made by T2M and Dickie. You can't imagine a manufacturer deliberatly authorizing anyone to take possession of their brand whether it be a commercial partner, even someone you trust for decades.

This would further mean that intellectual property claims from the local distributors (T2M and Dickie) over the brand would not resist long in court since the worldwide registration would make any Tamiya product genuine anywhere in the world. In short, any fan or even any store from France or Europe would legally buy, own or resell a Tamiya product, no matter where or from whom said product would have been bought as long as said product would have been manufactured by Tamiya. Sounds logic, isn't it ?

I'm not a jurist, so don't take my word for it.

As for purchasing, no consequence for those who know how to use the internet to order Tamiya models or parts. For the others, or for those who prefer to buy at their local hobby shop, this means that Tamiya RC modelling is more expensive and that products are available if the exclusive distributor wants to import them (just try to find a TEU-302BK in France). Concerning new items availability, they are available when they arrive even if they may have been already available for weeks or months in the rest of the world. Exagerating a lot, European fan have a privilege: we can buy the lastest new item when it is already almost considered as vintage in the rest of the world

About consequences derived from the legal counterfeit aspect, wherever Tamiya fans purchase their products, nothing to worry about: Tamiya and their European partner distributors are hopefully smart enough not to stupidly claim their rights on the brand. Especially because they don't hire armies of lawyers to scan internet all day long. On the other hand, if you are running a parallel business, you'd better prepare yourself to face serious problems...

As for national or international meetings, the ridiculous and absurd situations I described as examples can all happen. In practice, Tamiya and their European partner distributors never claimed or would claim their rights in such a silly manner, especially since Tamiya Japan can always force everything to be OK thanks to their worldwide rights. This would solve any potential problem derived from local brand registration.

Consequences for internet websites and forums

Property rights on the brand also apply to the virtual world. But like with fans, Tamiya and their distributors do not scan the internet all day long searching for sites, forums, personal pages and videos uploaded on Youtube. Publications on internet are a sort of promotion, useful "showcases" for the brand and thus for the distributors. Supposing an extreme case when a site or forum would severly harm the brand, then Tamiya or their distributors could act (like to force the site/forum to delete offends). This is highly unlikely to ever happen (since other laws exist like libel action), but it is theoratically possible.

The goal of this article is to inform you and certainly not to scare you: don't hide your collection because you bought a pair of dampers or all your collection abroad. The legal protection granted by the brand registration is before all meant to guarantee smooth operations between Tamiya, their partner distributors and stores. This protection is also an insurance in case a professional would try to cheat: an individual is not concerned by all this in practice. Tamiya and their distributors always had a very kind politic with fans and there are no reasons why this would ever change. But the system allows it, and it can even lead to ridiculous situations that makes you grin