I was not hunting for this model, but when I saw it in Ebay listings, it focused my interest. As a matter of fact, a friend at the club owns a Stadium Blitzer using the same chassis: this led me to some thinking about the re-released Blitzer Beetle and my conclusion was that the Bear Hawk buggy variant best suited my envy. So after placing a reasonable bid, this Bear Hawk arrived home a few days later

This model was released in 1991 by Tamiya, right when the golden age of buggies was ending and the on-road craze about to start. Above all, the Bear Hawk is the evolution of the Falcon, an extremely popular model released in 1986 from which it borrows the bathtub chassis and a slightly modified flavor of the transmission. The rear wheels directly come from the Manta Ray and the front ones come from the Madcap (only the color changes). 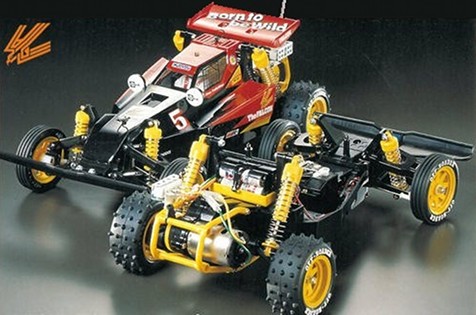 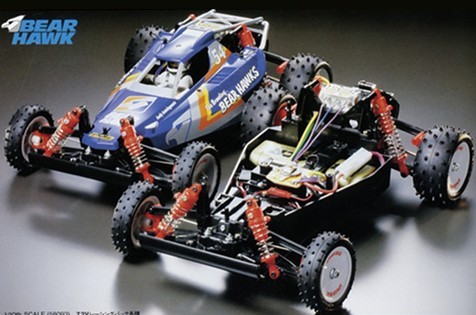 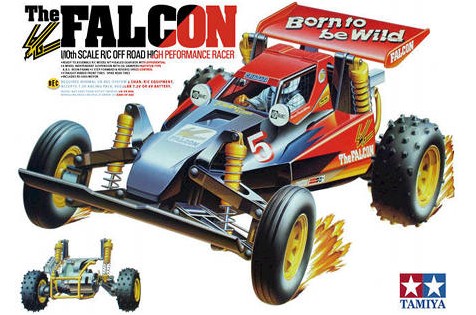 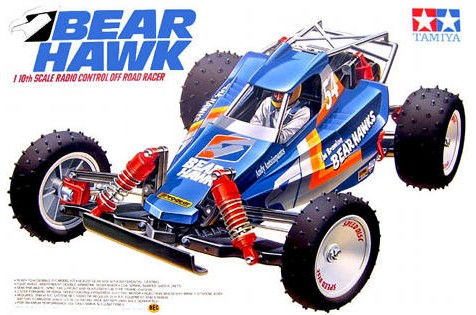 Soon, the Bear Hawk passed his genes to other models from Tamiya, all being stadium trucks: 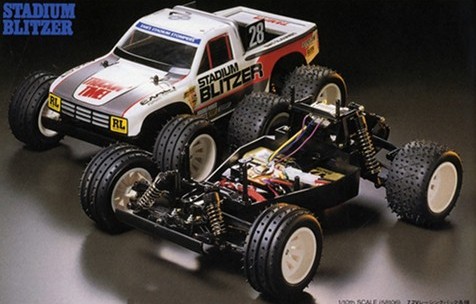 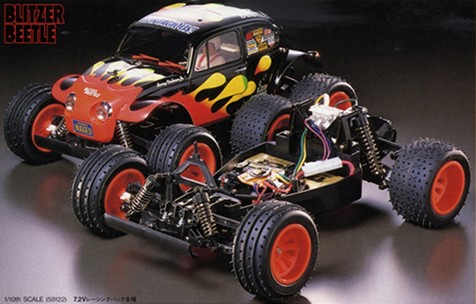 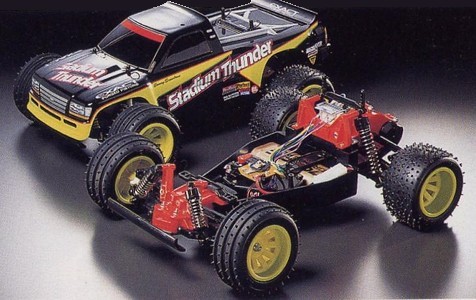 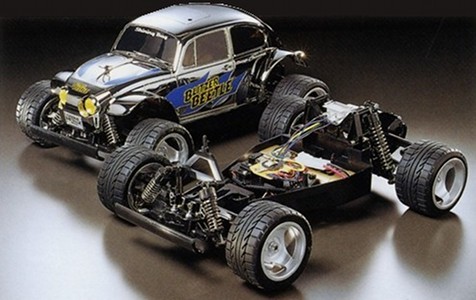 Apart from the Chrome Metallic Blitzer Beetle version, all these Stadium Trucks were recently re-released. As an additional note, the DT-01Mad Fighter reused the Bear Hawk bodyshell, this time using a yellow colored ABS and adding a rear wing.

So the Bear Hawk is a direct heir of the popular Falcon of the 80's, but also the first and unique buggy version of a chassis that Tamiya later used as a Stadium Truck platform. Now it's time to check what I received.

My Bear Hawk when it arrived

As the seller described it, the model is in great condition. The bodyshell is new, as the bathtub chassis. The remaining parts look like they just need to be cleaned, but I didn't notice any crack or upcoming failure. On the other side, the tires are dead-worn and the battery plate is missing. 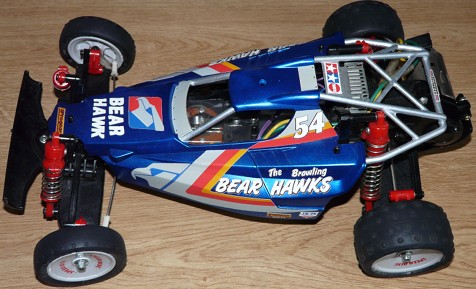 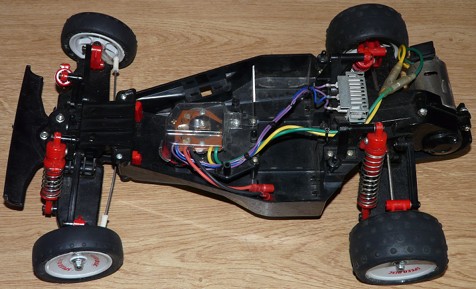 My model will entirely be stripped down and cleaned, and ball bearings will be installed.

To be true, we could almost talk about the Falcon chassis since the bathtub wears "The Falcon" marking engraved on the inside. Of course, you can only see this once you have entirely disassembled the model: 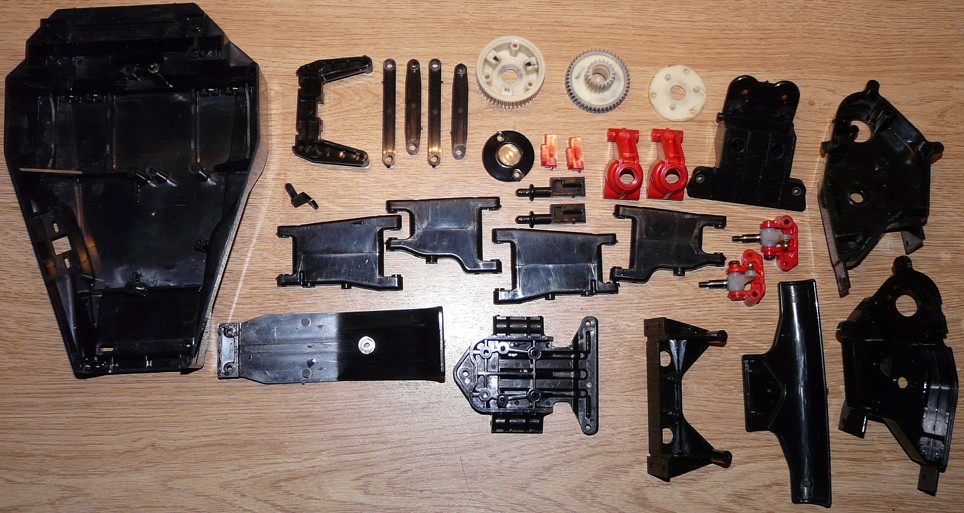 As usual, all the hardware was left apart. Cleaning was a quick operation since the model only had dust layers on some parts. So here, the full strip down mostly serves to enjoy the rebuild and to learn more about the model.

Now, let's take the manual and start with the first step, the bevel gear differential assembly:

Next, we close the gearbox after fitting the motor. About it, the motor pinion needs to be fitted at the very end of the motor axle: this is quite a surprise since the pinion can not be correctly centered with the counter gear. Obviously, the motor axle isn't long enough and the result is the same when using the standard Mabuchi 540. Don't worry though, it works fine even if we are far from the usual Tamiya standards when it comes to parts adjustment. To finish with the gearbox, lower arms and dogbones are fitted: 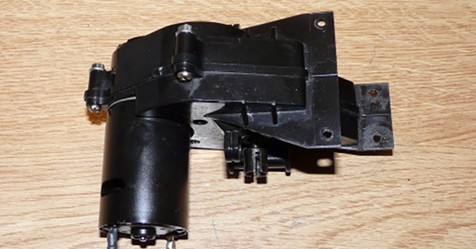 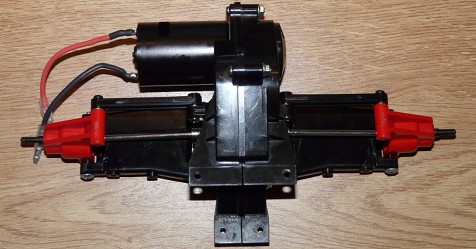 That's it: the rear end is finished(!). So let's go for the front end that requires even less time for the build: 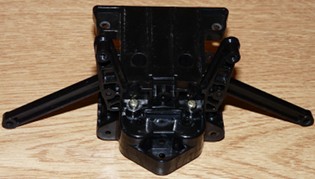 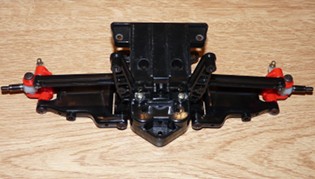 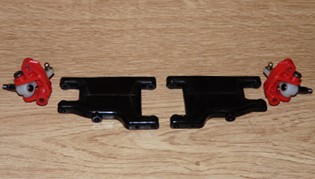 Electronics to fit into the bathtub chassis: 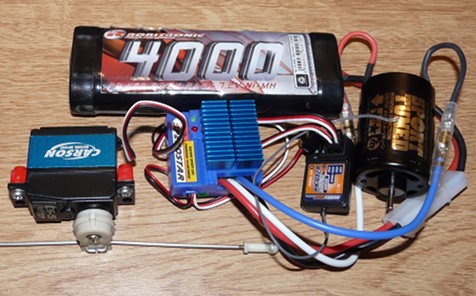 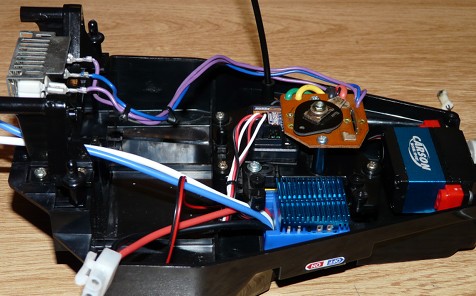 We are now almost reaching the end of the build since it is time to fit the front and rear ends to the bathtub: 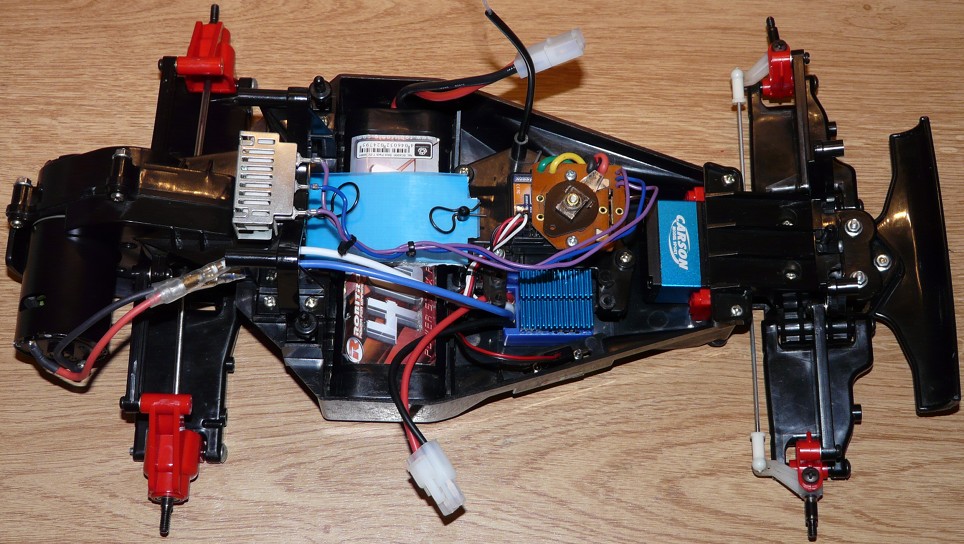 One note : the blue plate holding the battery pack is a custom replacement since the original part was missing. I simply cut a plastic cover to the shape I wanted. It works just fine using the original posts, but I will replace it with the original part as soon as I can.