This model is an XB Pro Expert Build version. Unforeseen in my collection, it was so low priced that the radio equipment and the electronic speed controller alone merely represented 70% of the total price. I'm weak, I couldn't resist

This is a pretty well designed basic 2WD buggy that can become a pure racer after a solid hop up treatment. But this one will remain more or less stock. 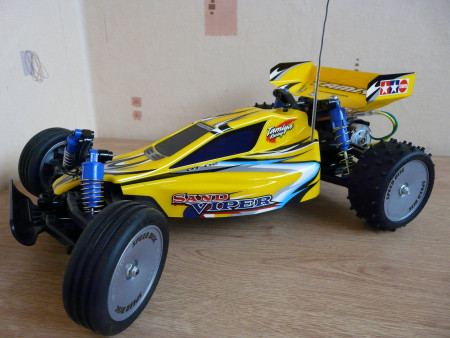 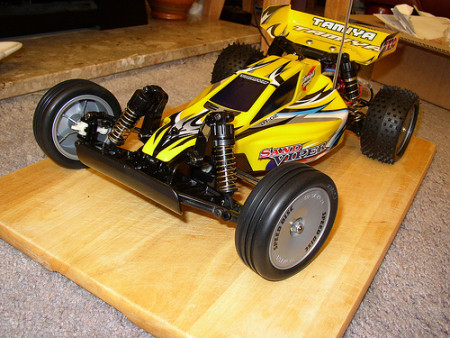 My Sand Viper is on the left, the "kit" version is on the right. Differences are: the kit comes with ball bearings all around (plastic bearings on mine), metallic propeller shafts (plastic) and hydraulic dampers (friction).

For the moment, I will only ball race it and give it hydraulic dampers after a first "out of the box" run. In fact, and it's quite deceiving for a Tamiya, you have to give the dampers some oil drops right out of the box. But there's only thick grease for the gearbox in the box, which is useless to make the suspension work. Which means that this model can't run right out of the box unless you drive it softly in your apartment. This model targets beginners who will necessarily be disappointed by the buggy handling and may bring it back right away. Very disappointing though, unless mine suffered a production "bug".

The DT-02 chassis of the Sand Viper was first used by the Super Fighter G released in 2005. It was meant to replace the DT-01 chassis that could be found on the Madbull, (among others), the DT-01 being the ultimate evolution of the famous Hornet and Grasshopper of the eighties. The DT-02 abandons the characteristic solid rear axle inherited from the Grasshopper and offers a more modern and more efficient design instead. 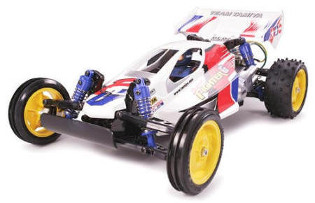 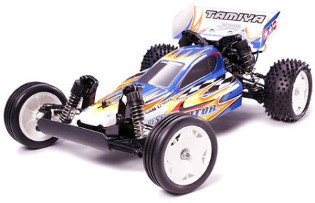 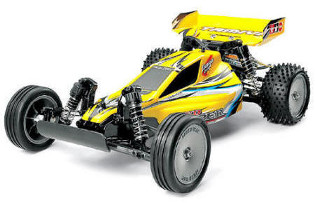 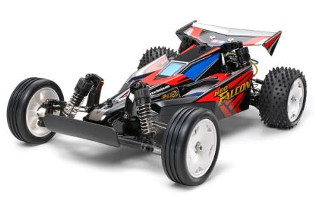 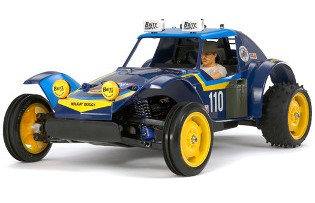 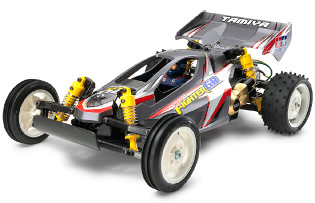 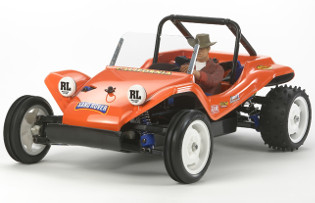 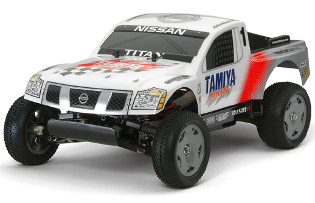 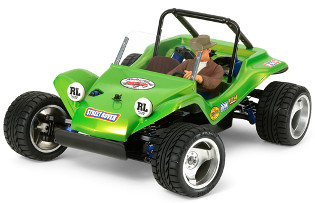 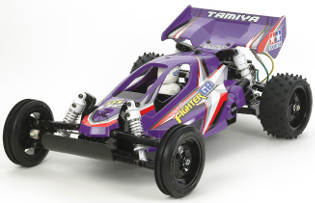 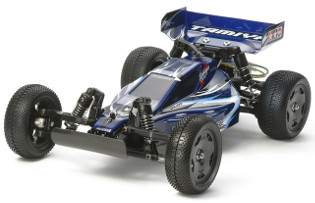 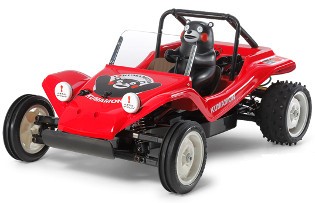 This series appears to have know 2 separate periods of activity: the first one with the 4 first models presented as entry-mid level buggies. Then a second one from 2010 when the DT-02 was the chassis Tamiya chose for the re-release of the Holiday Buggy and Sand Rover iconic bodyshells of the 80's. By the way, you can notice the Sand Rover is now offered in several variants (Street, Kumamon) that didn't exist at the time.

The DT-02 chassis is a great commercial success, in particular because the models named “Fighter” meet the specifications of official beginners races organized by Tamiya or their subsidiaries (in Germany for example, of course not in France). This popularity is reinforced by the huge success of the Holiday Buggy and Sand Rover modern re-releases. Despite the chassis change and new holes made in the bodyshells (especially the bonnet), the original “spirit” of the models was preserved: the buggies are pretty cheap, their build is easy and straight forward, and they are both reliable and decent performers. Which, as a reminder, were not the most outstanding qualities of their original counterparts back in the eighties