I got this model thanks to a contact with a forum member from Vintage-RC. I had been searching for such a model for several months so the deal was quick.

As the name says, this model belongs to the Racing Master series featuring 7 models: 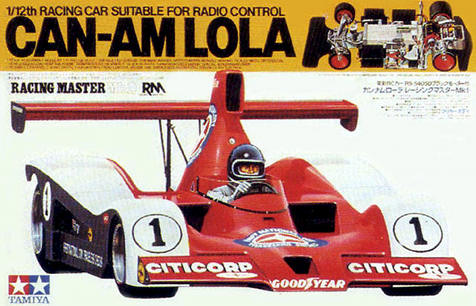 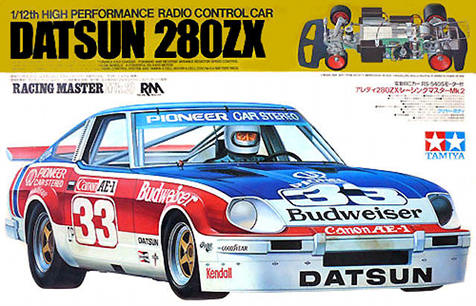 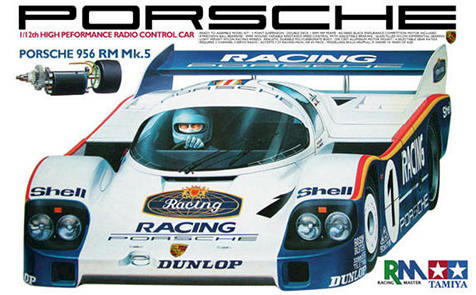 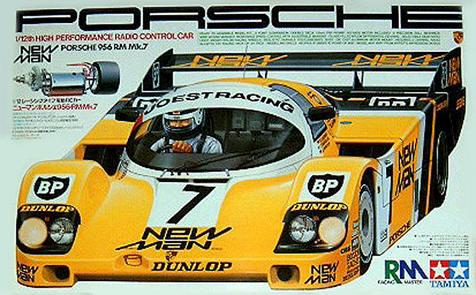 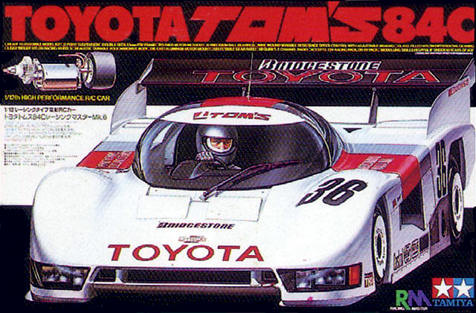 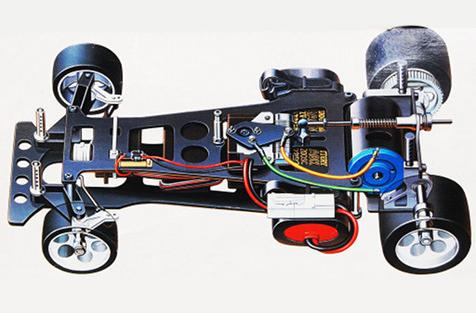 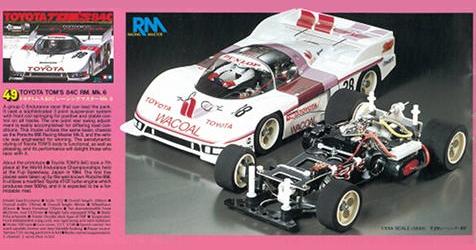 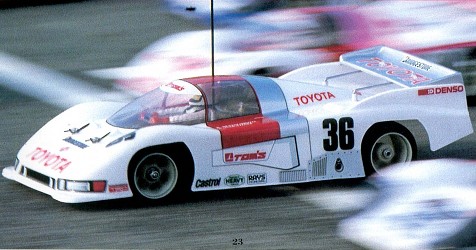 My Toyota Tom's 84C when it arrived

The previous owner gave a precise description and several photos of his model so I had no bad surprise when opening the parcel.

The model as it arrived 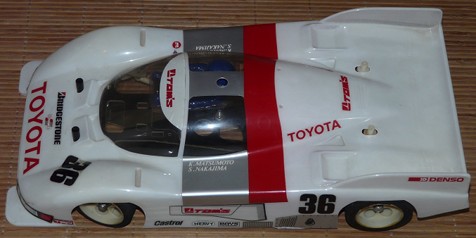 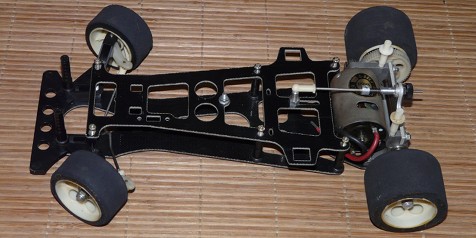 The model is in excellent condition: the chassis was already driven but very few and with so much care that it shows no scratch at all. Same thing about the perfect condition bodyshell: only the rear wing and stay are missing. However, there is a paint mistake: the red and silver stripes on the cockpit are reversed. Tis is annoying but I will not strip the entire bodyshell to correct this.