The name of this platform probably means Crossover or Crossover Vehicle because Tamiya presented it this way. However, I think that here, the word crossover doesn't have the usual meaning of the real slightly raised vehicles manufacturers often call “all-road” or “crossover”. In automobile real-size world, “crossover” means multi-segment vehicle, sometimes multi-usage: I think the name of the new XV platform released in 2012 better suits this definition.

Precisely, the second model released on the “base” version of the chassis is the Subaru XV, the replica of a real-size model which characteristics perfectly illustrated the name given by Tamiya to this platform. 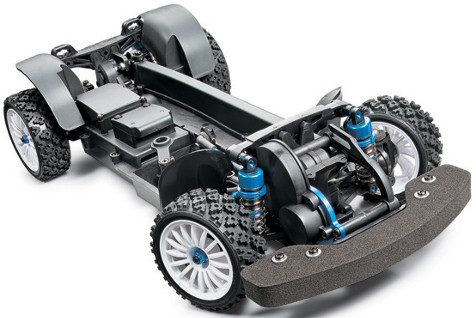 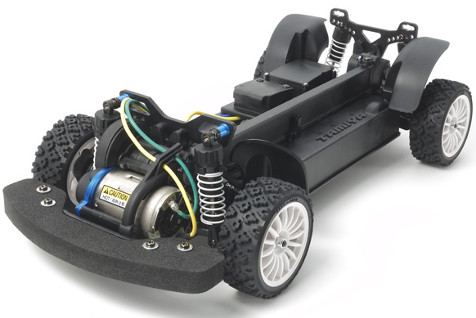 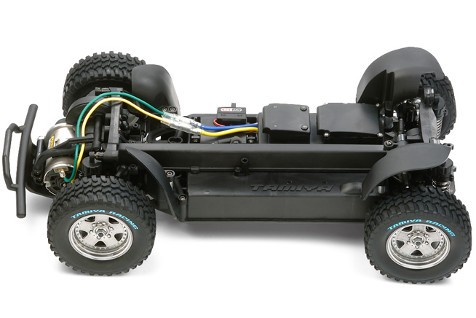 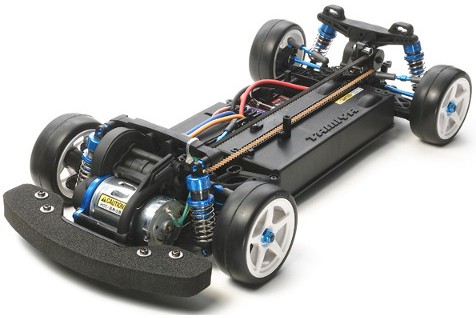 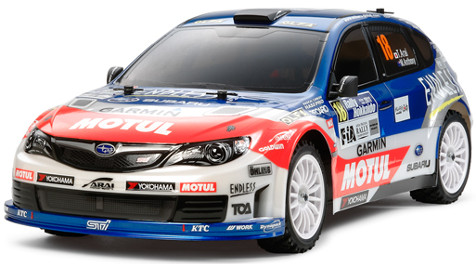 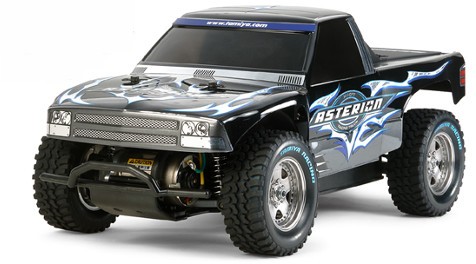 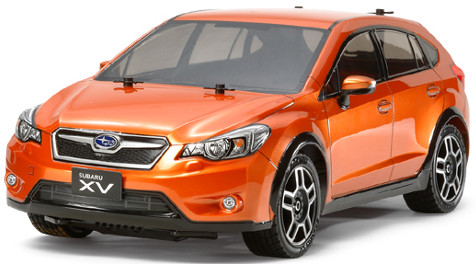 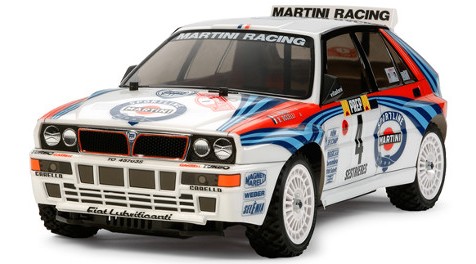 When first released in 2012, the XV-01 was introduced as a chassis specifically designed for rallying. Quite surprising since this category was somewhat confidential in the present RC market, even if Tamiya had been offering the DF-03Ra rally chassis since 2008, a conversion from their DF-03 buggy chassis, after abandoning the RC rally scene since the first TB-01 based models at the beginning of the 2000's.

A few months later, Tamiya introduced the Truck (XV-01T) and Touring (XV-01TC for Touring Car) variants, reinforcing the meaning of the new platform name. Still few models are available at the moment: 4 rally models among which the amazing Lancia Delta Integrale, one Truck and no touring model yet since only the Pro version chassis is available (so without bodyshell).

Technically, the XV-01 is a 4WD belt-driven chassis with the motor located at the front: for the rally and truck variants, drive belt covers, wheel well liners, and electronic tray covers were included, but they disappeared on the TC version in order to save weight. Also, the gearbox was borrowed from the FF-03 chassis (in an altered version) and several other parts were borrowed from the TA-06 (may vary upon variant).

Last, and most significant in my opinion, the XV-01 layout resembles the TA-03F. Despite the latter being a very good chassis (especially in the hands of David Jun), this design was not the best suited at the time to reach the best world-class races (as a reminder, the TRF414/TA-04 was the best design for this purpose). So it might be surprising that Tamiya chose this specific chassis layout: obviously, this new XV platform was not meant to be a high-end racer. As for making a good chassis out of this chassis layout, Tamiya perfectly knows how to do since their TA-03F. And just like a friend of mine said “if only one RC manufacturer knows how to make a 4WD belt-driven chassis with front motor work great, then it is Tamiya”. Because I have tested it both in rally and touring usage, I can say the XV-01 is a great chassis (upon my driving skills, that is world champion in my street).

Conclusion about the XV platform

Still too soon to make definitive conclusions about this new platform success or to anticipate its future. However, it is another illustration of Tamiya's strategy in making platforms and real-size automobile manufacturers strategies. Even the name of the platform is a direct reference to the real-size automobile world since it is better understood in its “automobile” than its usual meaning.