The name of this platform means mini chassis: you can't make it simpler. It was first introduced back in 1994 and it still remains a great success up to now.

This is the family tree, still going on: 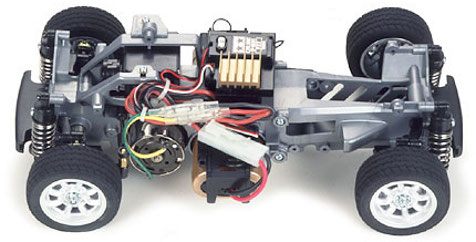 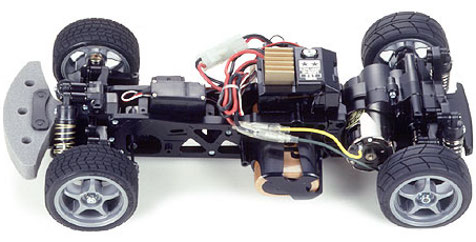 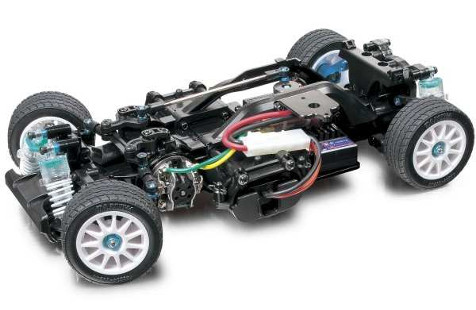 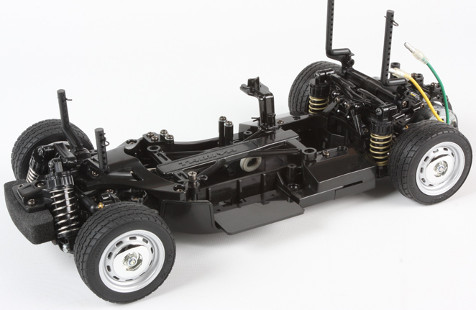 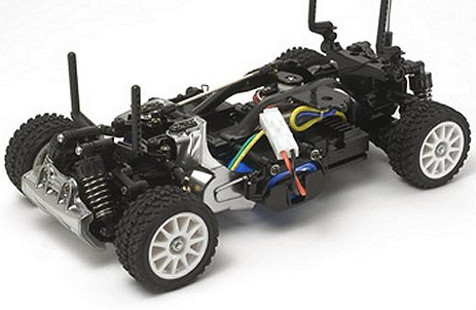 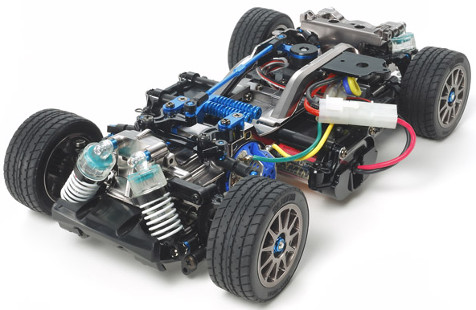 Tamiya's genius for this platform was to make it modular since the very beginning: there are not 6 generations, but only 3. Impair numbered chassis are front wheel drive whereas pair numbered chassis are rear wheel drive. Even better, the 3 M-chassis generations were declined in short, medium and long wheelbase to fit different bodyshell types. One exception: the M-04 had no short variant. The M-05 had two variants: Ra for Rally use with specific tires and lexan protections for the chassis, and version II which is an alteration of the central frame in order to accept the new square-shaped LiPo (in addition to the traditional stick format).

The second M-03 / M-04 generation introduced significant improvements on the handling and the overall solidity, mainly thanks to a more conventional suspension system that was less exposed to hits.

The thrid M-05 / M-06 generation showed a greater difference in chassis designs between the front and rear wheel drive variants. The M-05 introduced a rally version used by very few models: as it seems, rallying in M-Chassis is pretty limited to some countries in the South-East Asia, and doesn't seem to appeal much elsewhere. Version II of the chassis is just an update to make it compatible to modern battery packs.
As for the M-05 compared to the M-03, improvements focused on a better weight distribution and lowering the chassis center of gravity. However, these improvements were not obvious at the track and there was no real gain of performance. The M-06 introduced a motor placed behind the rear wheels, significantly improving grip and traction over the M-04.

Overall about the M-Chassis platform, available wheelbase sizes are identical from one generation to another. All short versions are 210mm, medium are 225mm (M versions) and long are 239mm (L versions). Fans, but also Tamiya, can take almost any bodyshell from any generation and fit it to a newer chassis. Such as the Alfa Romeo Giulia Sprint GTA and the Volkswagen Beetle on the M-02, M-04 and M-06 chassis.

This platform features several models which bodyshells are simply amazing and beloved by fans: 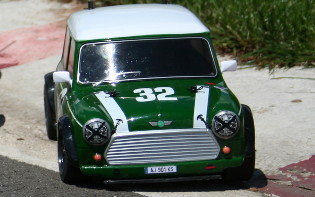 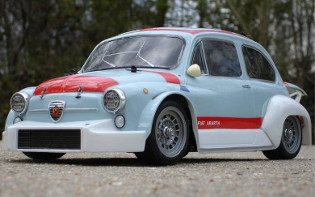 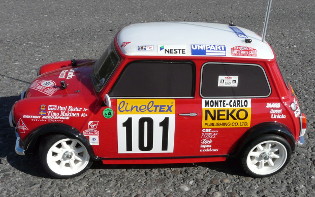 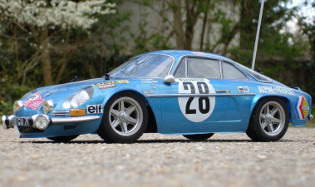 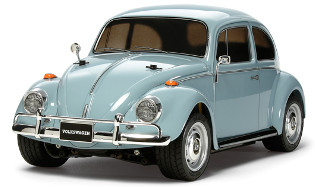 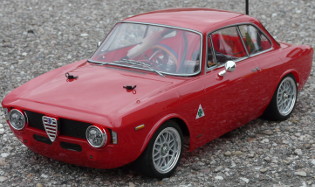 By luck, there are other less refined bodyshells allowing to race these cars without fear

Because the M-Chassis, first of all, is a leisure-oriented platform but it can definitely race, especially since the 2nd generation which was more robust. Generally, motors are fixed by rules, either the stock Mabuchi 540 or the Sport Tuned or GT-Tuned: anyway, more powerful motor are generally useless because power can't properly get to the ground. And there relies the charm of the M-Chassis: whatever the generation (M-01 / M-03 / M-05 being the most common), the gear ratios are the same. So pure performance is the same whenever using the same motor, even though there is a noticeable handling improvement between M-01 and M-03 / M-05.

Conclusion about the M-Chassis platform

The M platform has been a huge success ever since it was first introduced in 1994, both due to the great fun of driving them and the amazing bodyshells Tamiya made. There is such a passion that official races were created just for this class of chassis in several countries.

Even if the total number of models is not so much compared to other platforms, the M-Chassis is a significant part of Tamiya since its introduction. Something specific, a very active micro-market from the beginning and still now. The truth is you never forget your first M-Chassis race and the smile on your face that day. Because an M race is special: just like any race, it is a challenge and drivers concentrate to win. But how the chassis handles, the vivacity and speed inevitably create funny situations: generally, drivers alternate concentration periods to control their models and periods of laugh due to what happened on the track (especially at the 1st corner). Unlike other chassis, consequences of serious hits are generally minor. As for bodyshell durability, it varies a lot but they generally don't last long

. Of course, an M-Chassis race can be a very serious race too, just like with any other category, but you miss the “fun” factor an M-Chassis can provide.