The name of this platform was used very recently but it retrospectively applies to all chassis using the Lunch Box's we saw when reviewing the Grasshopper platform then the WR platform. As a matter of fact, this chassis uses the rear solid axle from the Grasshopper / Hornet and is mostly inspired by the WR-01 chassis design (the first Willy generation we just reviewed). The “W” probably means “Wheelie” because this is one of the most outstanding abilities of the chassis. As for the “C”, no clue though.

However, the beginning of this chassis story is prior to the iconic Lunch Box: before that, there was a first version that was later improved to become the “definitive” chassis in 1987, a chassis that will long after receive the name of CW-01 by Tamiya in 2011. 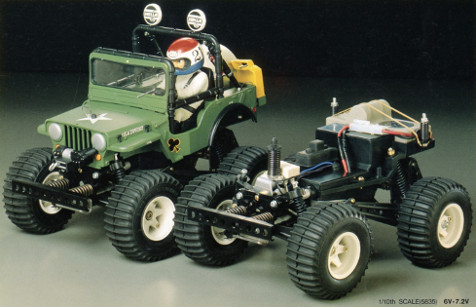 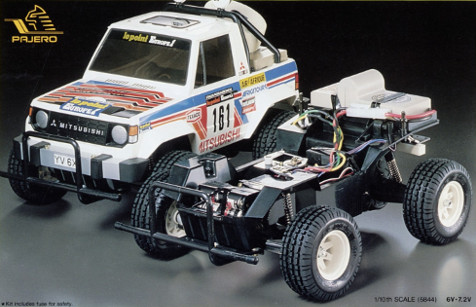 The link between the Willy chassis the the Mitsubishi Pajero is quite obvious, even if the latter features several improvements borrowed from the Grasshopper (rear drivetrain, front arms). It is worth to mention that the Pajero is presented both as a “wheelie” and a more conventional off-road vehicle once the receiver battery pack is moved to the front of the chassis to better balance the weight: this technique is identical to the one Marui will use too on their Super Wheelies when they will be re-released in 1985. 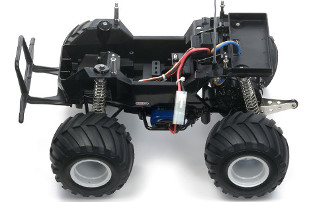 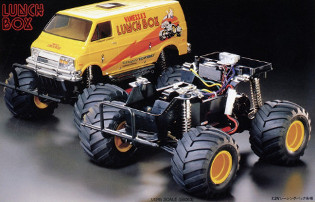 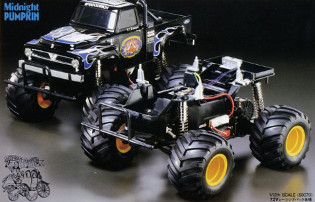 Something very strange and interesting happened in these videos: the models are not presented as “wheelies”, better as “conventional” off-road vehicles, close to “crawlers” (that didn't exist yet at the time). As a bonus, we can appreciate the “Tamiya Quality” logo (would eat some) and the big V8 engine sound you can hear in the background of the German video

So, what happen between 1982-84, the “wheelie” period of the Wild Willy and Pajero, and 1987 when the Lunch Box and Midnight Pumpkin were released? Something quite remarkable indeed to force Tamiya to “forget” about the “wheelie” characteristic in promotional videos, and to replace that argument with a “monster truck” characteristic? Well, this happened: 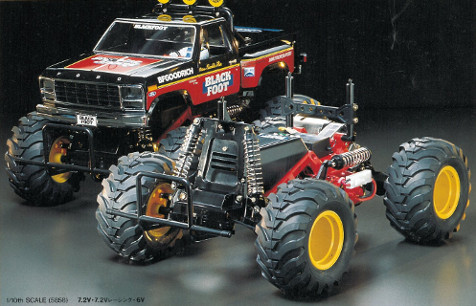 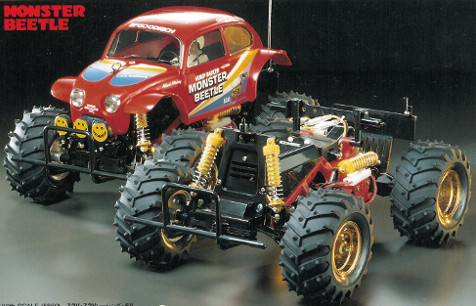 Well, by the end of 1986, that is a little bit more than 6 months prior to the Lunch Box and Midnight Pumpkin releases, Tamiya released the Blackfoot and Monster Beetle. Two models that will be tremendously popular and successful since the public suddenly discovers and loves the “Monster Trucks”: any vehicle with an “American look” and big wheels sells, even if the Blackfoot and Monster Beetle are at the top of the period sales lists. This is probably the reason why Tamiya decided to present the Lunch Box and Midnight Pumpkin as “Monster Trucks” rather than the “Wheelies” they truly are.

Despite this, the Lunch Box and Midnight Pumpkin sold extremely well, the latter model even remaining in catalogs up to 2006... when it was re-released!

From 2011 on, Tamiya reboots this platform one more time, naming it CW-01: the iconic Lunch Box and Midnight Pumpkin are offered both in their original liveries and new alternatives like "Chrome Metallic", "Gold", "Black" and even "Blue Style". And two more models are released: 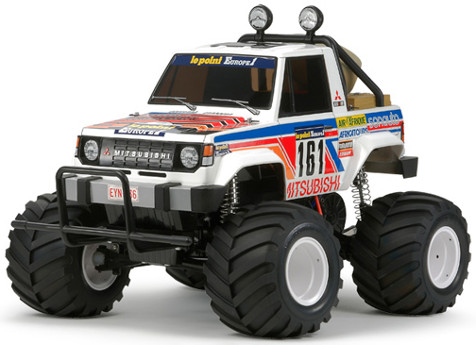 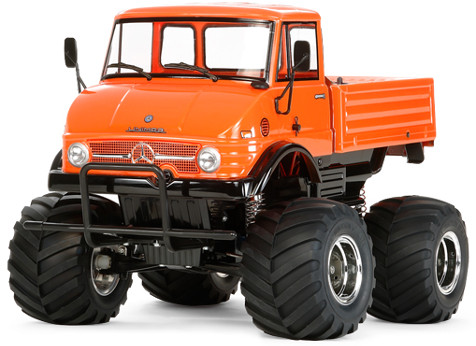 As a matter of fact, the Mitsubishi Montero Wheelie is the first model using the CW-01 chassis name, some kind of fair tribute to the original 1984 version that paved the way to the platform. Just in case, Montero and Pajero name the exact same model, Mitsubishi using either name according to the country where they sell their real-size model.

Conclusion on the CW platform

This platform inherits both from the WR platform and solutions borrowed from the Grasshopper's. Somehow, it could be considered as the Wild Willy chassis version 2, if we forget about the proper life of Willy. In addition, it is worth to mention that the WR and CW platforms co-exist in the current offering while the latter looked like the successor of Willy's back in the 80's.

This CW platform is a huge success, almost without interruption since it was first released more than 30 years ago. If needed, it proves there is a large and constant demand for purely fun RC models. It is also worth to mention that, unlike other re-releases that mostly rely on nostalgia, the CW platform success better relies on the models specific handling than on a “vintage” effect, not denying the attraction of the Lunch Box and Midnight Pumpkin bodyshells. By the way, the same conclusion applies to every WR-02 chassis variant.