The name of this platform means Tamiya Xtreme Truck: over a decade, it only counted one unique model before it was renewed with a second generation. Despite the name changing once again, this was another evolution of the Clod Buster after the Juggernaut fail. 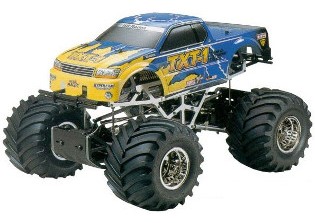 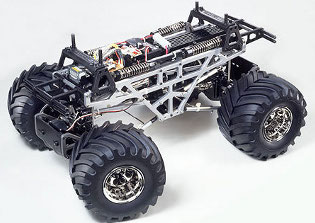 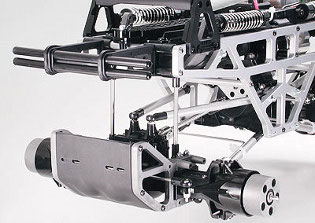 Despite its commercial success, the TXT-1 was the unique model using the third generation Clod Buster design. The chassis was entirely new, reliable and realistic in replicating real-size American Monster Trucks. Just like with the Clod Buster, Rock Crawling fans often used the axles of this model to build custom crawler chassis.

Compared to the iconic Clod Buster that kept selling, the TXT-1 is more expensive: sales volumes never reached the Clod Buster's that remained the reference on the RC Monster Trucks market, but still, the TXT-1 sold well. However, it was rare this model was built in stock form since it it could easily be modified, either to improve its crawling abilities or raw performance (“raw” is the word, Monster Trucks not being known to be subtle

Promotional video of the TXT-1 (© Tamiya)

In 2013, Tamiya renewed their higher level Monster Trucks offering, the Clod Buster still being offered on the most affordable price segment of this market under the name Super Clod Buster. This time, the first TXT-2 model received the name of an ancient Greek Giant, unlike the first generation that was called by its chassis name: 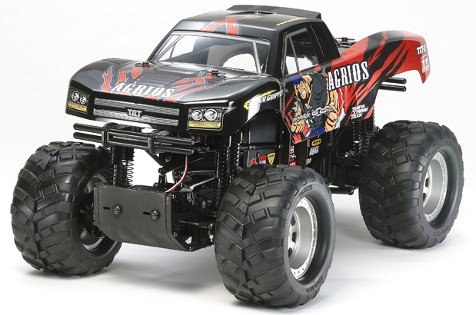 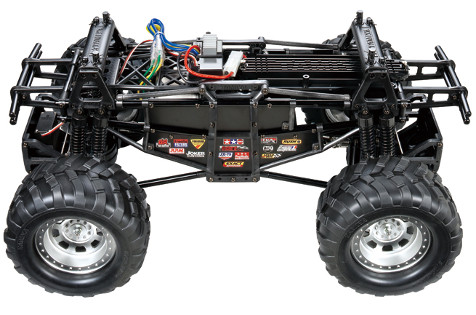 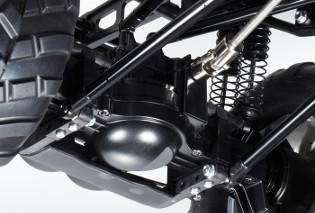 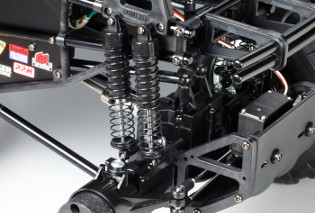 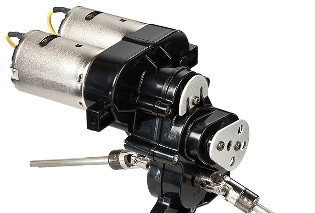 The TXT-2 transmission was identical to the reliable TXT-1's. The rest of the chassis was entirely new, but still using the Clod Buster derived design made of front and rear identical live axles that allow to install a steering servo on each drivetrain. It is difficult to evaluate the success of this model because Monster Trucks of this kind became a market niche in modern RC. However, the chassis doesn't suffer any major flaw and performs very well for what it is good at. On can suppose that Tamiya kept the possibility to release other models based on the TXT-2 chassis, which was not possible at the time of the TXT-1. Besides, Agrios is the name of one out of two Greek Giants: depending on which Agrios Tamiya referred to, another TXT-2 based model could be named either Orios or Thoas.

Conclusion on the TXT platform

Tamiya was willing to offer a higher priced alternative to their iconic Clod Buster that rules the Monster Truck category since it was released almost 30 years ago: the TXT-1 and 2 succeeded where the Juggernaut failed. These models are true replicas of the famous and so popular Monster Trucks, their main assets being the solidity, the gigantic proportions and the ability to clear any obstacle using brute force (especially car crushing). The TXT-1 was quite successful in this category and the recent TXT-2 looks like following the path of its predecessor.