This platform has no official name, that's why I used the first model to use it. The Juggernaut was released in 1999 as an evolution to the Clod Buster, the reference in Monster Trucks since it was released in 1987. The concept was good since the Clod Buster still sold despite being aged, the genes were excellent, even the name was great because Juggernaut means “mercilessly destructive and unstoppable force” (Wikipedia). And yet, Tamiya made a mistake, a big one, just as big as the model. 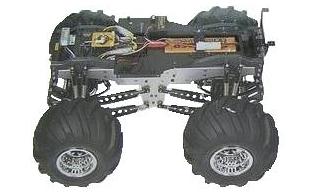 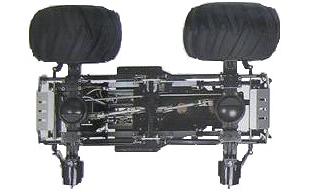 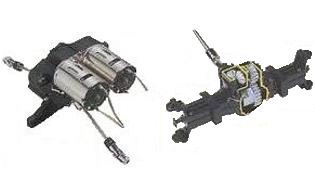 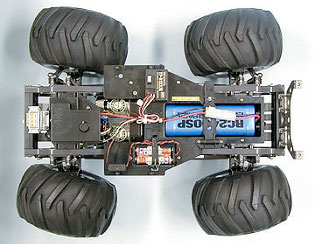 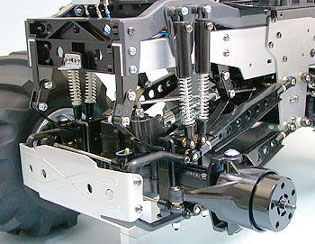 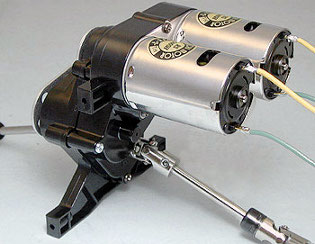 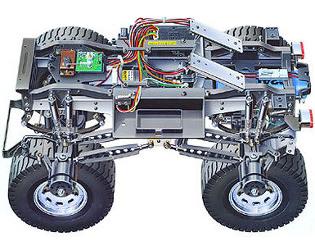 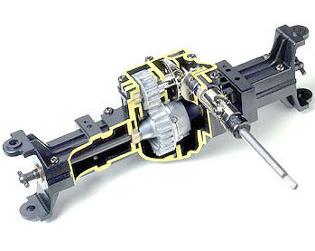 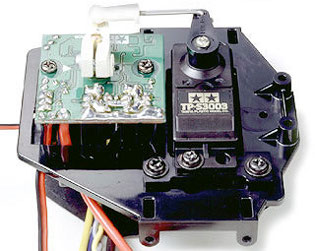 Sorry for the poor quality of some images, but information about this platform is quite rare, especially about the first Juggernaut (that's even been “forgotten” from any model listing on Tamiya Japan official website<).

Only three models using this platform were released: 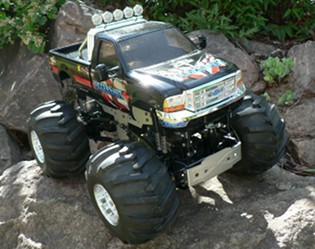 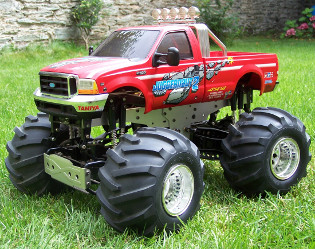 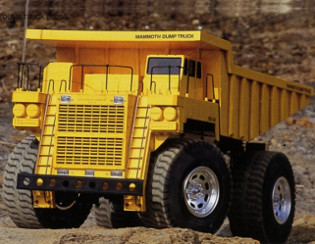 The Juggernaut twin motors were located at the center of the chassis, unlike the Clod Buster. But like the Clod Buster before it, the Juggernaut is “more” as the bigger 175mm diameter wheels prove. However, this model had a very short production run, may be one of the shortest ever in Tamiya history: within only a few weeks, all customers were bringing their Juggernaut back to hobby shops because the gearbox was broken, better said, all gears were melted. Unfortunately, the transmission was suffering (extremely) rapid wear, a design flaw that stopped the truck after 1 or 2 battery packs at most. The problem was so important that Tamiya recalled all models from the shops and provided a “repair kit” for free to customers who already bought the truck.

One year later, Tamiya released a new version called Juggernaut 2, including the stronger gears and minor alterations in the bodyshell decoration that were meant to forget about the first version disaster. Unfortunately, the damage was done: hobby shops and distributors refused to buy it. As for the customers, the lucky ones got the “repair kit” in time and had no need for the version 2 model. Less lucky customers were probably so disappointed they wouldn't try it again.

In 2000, one last odd model completed the series: the Mammoth Dump Truck was based upon the Juggernaut 2, but only used one motor. It was not a Monster Truck but a 1/20 scale construction vehicle equipped with an exclusive semi-electronic speed controller. This model did not sold very well either, probably because it was limited to a specific usage that no other model shared in Tamiya RC line-ups.

Conclusion the the Juggernaut platform

Next to the best with the Clod Buster, Tamiya probably lived the worst with the model that was meant to replace it. The Juggernaut gear disaster was a problem for customers (despite the repair kit for those who got it), but for hobby shops too, at the point of breaking their trust in the new revised version.

Overall, the Juggernaut was a tremendous industrial and economical failure for Tamiya, but the impact damaged the brand image too, in particular with distributors and hobby shops. However, models at that price tag and designed for such specific usage were never the biggest sales in hobby shops, so they continued to sell the problem-free Clod Buster that was (and still remains) very popular.

Bonus: a photo gallery with my friend Laurent58's Juggernaut 1, Juggernaut 2 and TXT-1.