After reviewing the CC-01 scale trail and CR-01 rock crawler platforms, let's get back to 1987 when Tamiya released a... huge vehicle: 4 wheel drive, 4 wheel sterring, double damper per wheel, 16.5cm diameter wheels, bigger than any period buggy or Monster Truck. Any other model looks small and light compared to it, even previous Monster Trucks look like toys compared to the Clod Buster. Apart from the Dantesque proportions, the Clod Buster was indirectly responsible for the birth of Rock Crawlers we saw before. 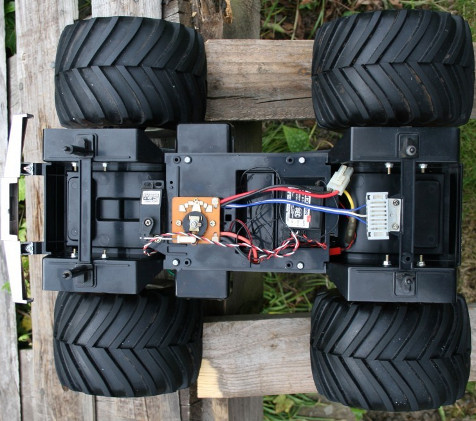 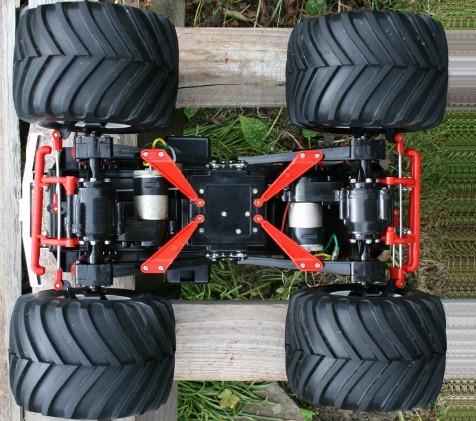 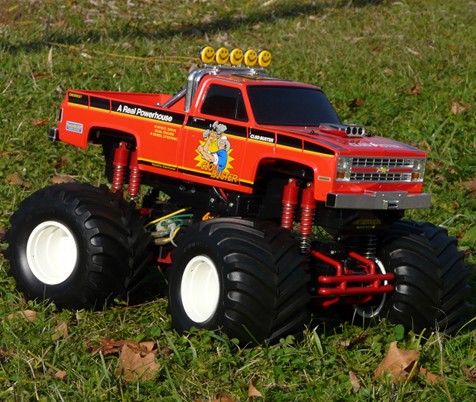 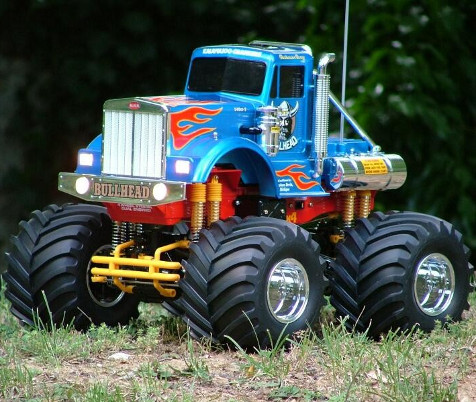 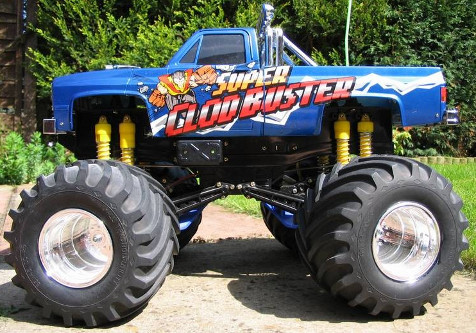 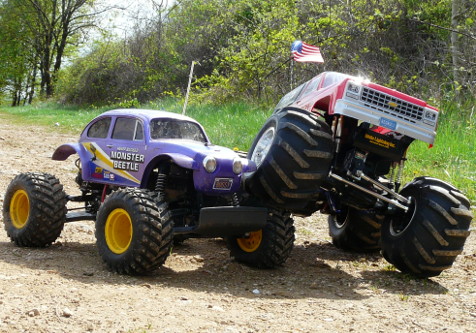 Monster Trucks of this platform were big and heavy: the twins motors were required to move them. Of course, they were not designed for anything else but leisure-oriented usage: the weight and high center of gravity made them inadequate for any kind of race. They were replicas of American Monster Trucks used in show to crush everything on their way.

The last photo shows my friend modified Clod Buster playing with my King Blackfoot when it was using the Monster Beetle bodyshell. Besides showing the size difference between these two monsters, this photo shows one specific Clod Buster detail: Teamneogordini's model was heavily modified and precisely, this is one characteristic that made the Clod Buster so important in RC history.

Some facts showing how important the Clod Buster was:

The Clod Buster is the oldest model still in activity in all RC history!

And it keeps going...

At the time, the Clod Buster was designed to replace the Blackfoot on the “Monster Truck” segment, but based on the principle that bigger was better: bigger, heavier, more expensive. To make it simple, the Clod Buster chassis architecture was made of 2 Grasshopper gearboxes, each one equipped with a motor, attached to the chassis with links and propelling massive wheels. The Monster Truck concept will not evolve until the late 90's when the Stampede / E-Maxx models were released by Traxxas (and so many shameless copies by HPI and others...), bringing a new kind of usage 10 years after the Clod Buster.

The Clod Buster specific chassis architecture based on complete front and rear live axles attached to the chassis using links will strongly influence RC: as a matter of fact, it is the architecture design used by every modern Rock Crawler (and the CR-01 chassis). Indeed, the first rock crawlers were custom built using Clod Buster axles and links, only the central and upper parts of the chassis being replaced. Later, TXT-1 axles and gearboxes were used to custom build modern crawlers, but we'll see this a little bit further.

Note to the Bullhead fans, and to fans of “Super” in “Clod Buster”: my apologies for the strikethrough in the title, but you have to admit that the sole Clod Buster success and influence are tremendous.
This model has the RC world record for the oldest model still under production (so the record still grows). The chassis architecture also gave birth to the Rock Crawling category, a new category that became very successful starting the second half of the 2000's when Axial released their AX10 chassis.

The Clod Buster is one of Tamiya's best-sellers, the ultimate design in Monster Trucks as it was first made by Marui's Big Bear and then by Tamiya with the tremendous success of the Blackfoot and Monster Beetle. This concept would only be updated over 10 years later by Traxxas, when they successfully reinvented the concept. Anyway, the Clod Buster is still very successful and still sell despite its architecture of the 80's.