The name of this platform means Crawler and it directly results from the eventful story of the Clod Buster, Juggernaut and TXT-1 platforms (that will be reviewed next). The concept of the Rock Crawler category is to make a model clear obstacles that first seem impossible to clear unless the model would be some kind of lizard with suction pads instead of wheels. This is the reason why the models used in this category are often custom made or modified, or offered by specialized manufacturers, with the sole objective to push back the limits of mechanics and gravity. The drawback of the extreme performance in clearing obstacles is models that totally lack realism and bodyshells for the most part: 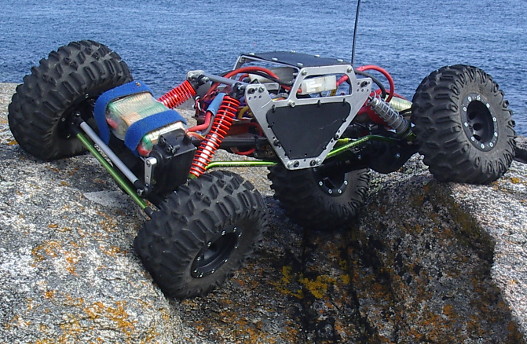 In 2008, Tamiya will make an attempt at squaring the circle with their CR platform: to combine extreme clearing abilities with their renown scale-realism touch in making bodyshells. These two antinomic concepts lead to a solution of compromise: 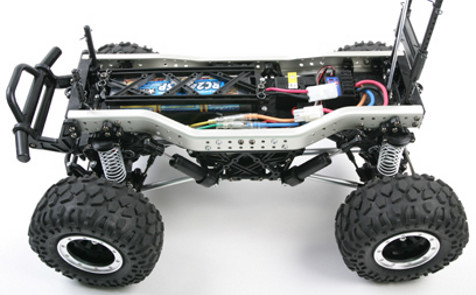 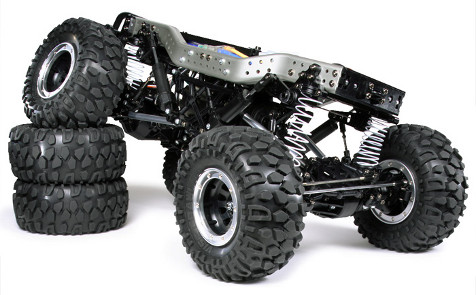 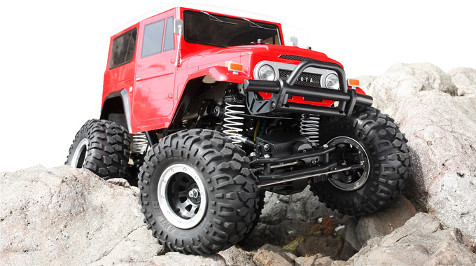 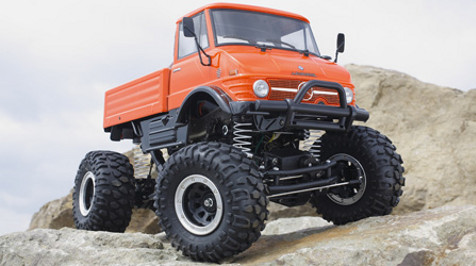 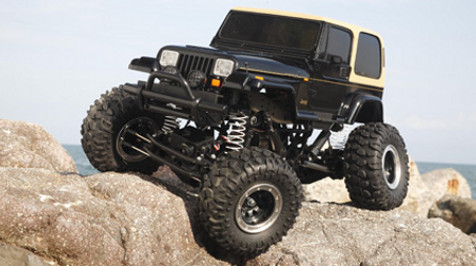 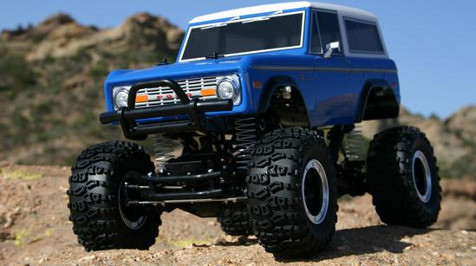 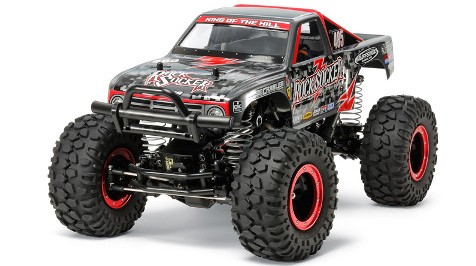 Several of the bodyshells used on this platform will be used too by models of the CC-01 series, showing they were not sacrificed in the name of chassis performance. As a matter of fact, the recipe looks simple for Tamiya when they want to join an existing market segment: make a chassis, here not the best performer among Rock Crawlers, but still, and place one great bodyshell on top as Tamiya know how to make them. That's it. Tamiya even went into details by adding purely decorative suspension springs to the chassis.

Conclusion on the CR platform

The CR platform was probably already under development when Tamiya decided to re-release the CC-01 Mitsubishi Pajero to test the scale trail market segment. The CR platform success led Tamiya to share several bodyshells with the CC-01 series, probably to make customers buy both chassis to complete their off-road experience. However, the CR platform seemed inactive since the last model released in 2009, even though the models remained available in stores. But in 2014, Tamiya released a new model using the CR-01 chassis, but using it in a slightly different manner: the Rock Stocker Truck used the Stadium Blitzer bodyshell and the overall aspect of the model looked more of a mix between a Rock Crawler and a Stadium Truck.

It is difficult to measure how successful the CR platform is, especially because the Rock Crawler category is a market niche (just like the scale trail category). However, when observing the CR and CC platforms over the last years, the offering is quite big, bigger than you would think of limited-volume market niches. So, if Tamiya offers more and more models in these niche categories, it is supposed that these models sell and that more can be sold.