The name of this platform means Cross-Country, also called XC by some fans. This platform was design to replicate what real-size 4x4 vehicles are capable of when driving off-road in fiels or woods, far from the cities comfortable asphalt. 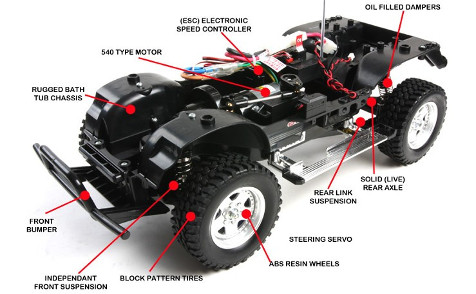 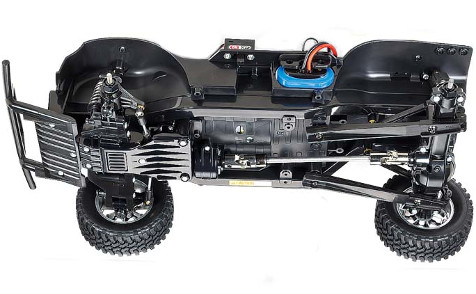 One detail would have quite an impact over the commercial success of the models: just like the real-size Mitsubishi Pajero the first model of the series replicated (and others later), the chassis was equipped with forward mid-ship motor, central driveshaft, front double wishbone and rear 4-link rigid axle suspension. The mechanical scale-realism of the chassis is important: the platform initially designed to be “only” all-terrain turned out to be used as true off-road in a new RC discipline called scale trail. In addition, the rear 4-link suspension system was designed from the beginning to allow the use of two different wheelbase lengths. Also, the very realistic ABS-molded bodyshells were a great complement for scale-realism and would contribute too to the commercial success of the series.

This series had several life cycles in its history, the first wave counting 6 models released between 1994 and 2004. 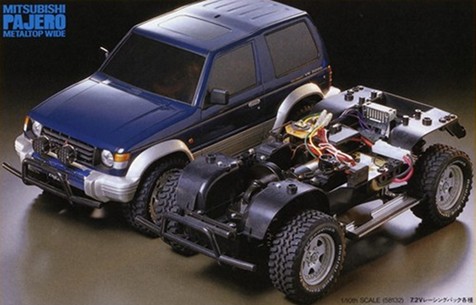 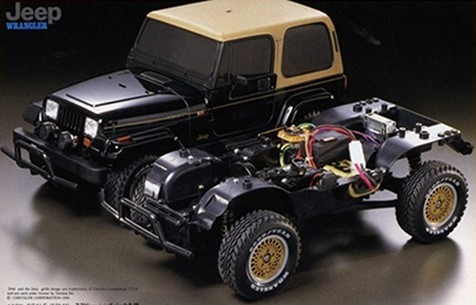 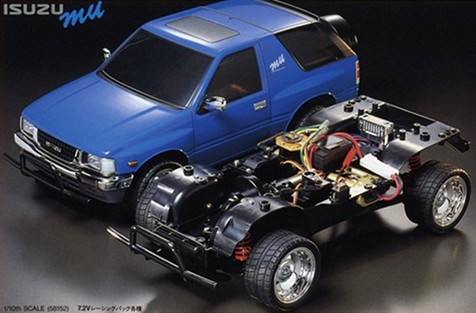 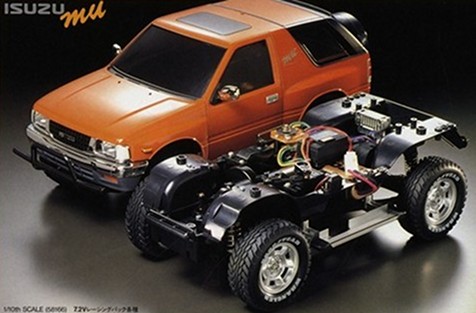 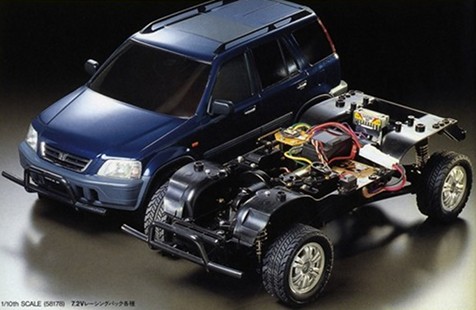 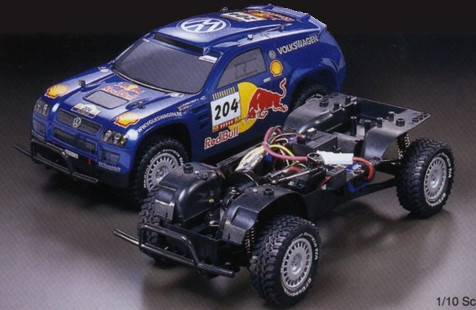 In this first wave of models, the first two are the most iconic, even though the second one had an extremely brief sale period. One guess was that Tamiya had license rights problems with the Jeep Wrangler reproduction: whatever the reason, this model got rare from the very beginning, making it immediately a collector object until its re-release in 2009. The kit 58152 Isuzu Mu introduced a “low rider” variant which is all about “street” wheels and shorter dampers: not very popular at the time (just like the real-size model called Opel Frontera in Europe), it became collector too because of that “low rider” specificity. In this series, the last model was released late compared to the others and it was unique due to its lexan bodyshell: in addition, it was more of a rally-raid kind than what is now called “SUV” kind. But the Volkswagen Race Touareg that won the Paris-Dakar rally is another example of what the CC-01 chassis can realistically replicate.

To explain the success of this series, we need to understand the difference between what Tamiya designed these models for and what many fans did with them. The RC models replicate the real-size things with truth, from the mechanical aspects of the chassis architecture and the (long) gear ratios to the highly detailed bodyshells. So the RC models are as multi-purpose as the real-size cars they replicate: they handle well on pavement and are able to go off-road on dirt tracks and fields. Typically, these models are great to run in public parks.

However, Tamiya offered the possibility to lock the rear differential on their models, in order to improve their abilities on low-grip surfaces. This feature, combined with the mechanical and bodyshell realism rapidly convinced fans to convert these models in pure off-road adventurers, creating an all new RC category later called scale trail. In concrete, the goal is to realistically replicate the handling of these vehicles in their natural off-road environment, sometimes including some sort of racing events on selected course. In this practice, the CC-01 revealed to be an excellent performer, as you can see on these videos:

The CC-01 platform was somewhat put at rest by the end of the 90's and during the 2000's, despite the Volkswagen Race Touareg remaining available for the “rallye raid” usage, quite a different usage from the first models of the series though. By the end of 2008, Tamiya re-released the Mitsubishi Pajero in limited series, probably to determine if this kind of models could still sell on the market. Obviously the test was very positive since the CC-01 chassis came back in force in Tamiya's offering: 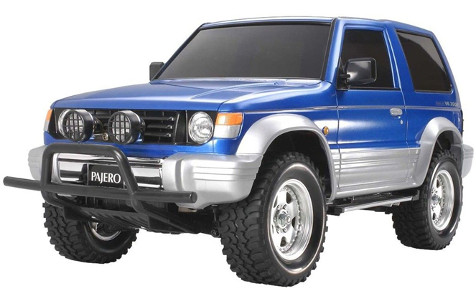 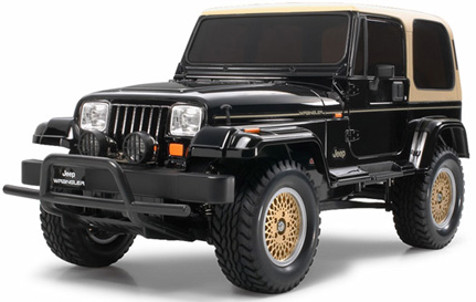 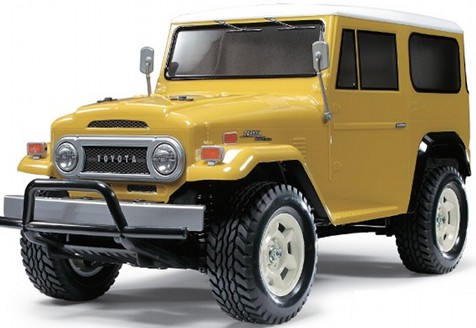 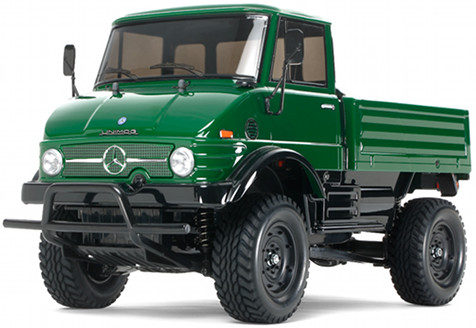 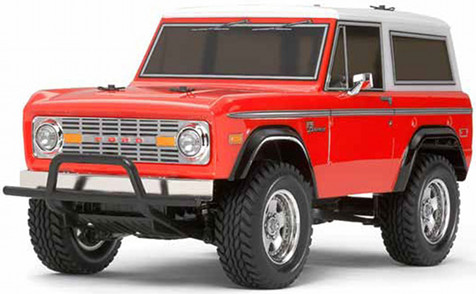 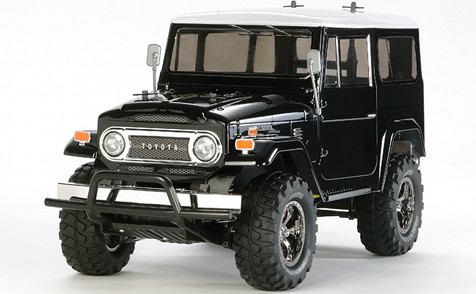 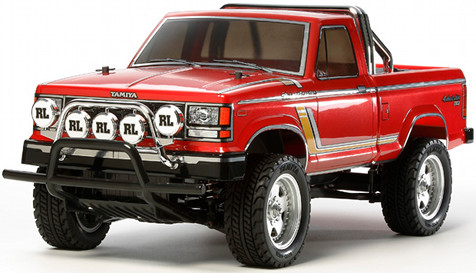 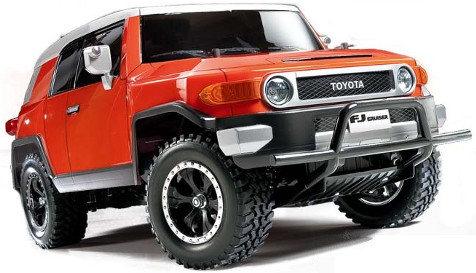 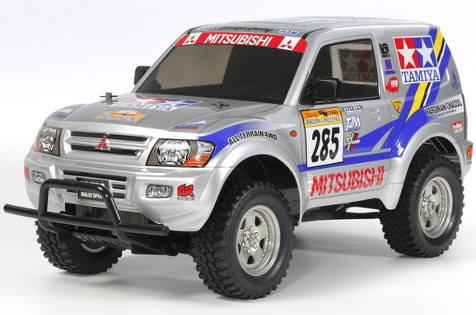 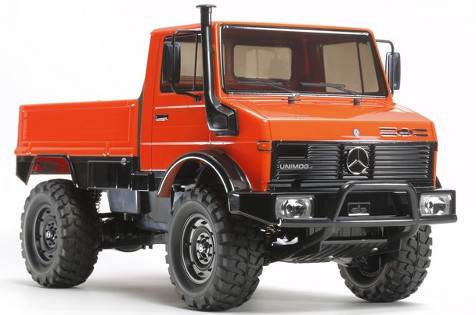 Almost 20 years later, the second wave offers even more models than during its initial release phase, and the series still goes on! As far as I know, this never happened before in RC, either in Tamiya's offering or on the overall RC market. However, even if the CC-01 production would never have been stopped since the initial release (which is possible, but there is no confirmation of that), it would still not be the oldest active chassis in Tamiya's offering: we will see this a little bit further in this article.

Conclusion on the CC platform

The CC-01 is the only chassis using the platform so far. During the first part of its successful life at the beginning of the 90's, this chassis created the new scale trail RC category where the models need to be as realistic as possible, up to their handling in off-road conditions. This category is all about scale-realism, from the look of the models to their handling, two aspects that are genes in Tamiya traditional know-how. In this aspect, the CC-01 chassis is very much related to the iconic 3 Speed models: this time, the chassis architecture was sacrificed to some extend in order to improve the handling of the models, but it allowed a greater overall scale-realism.

The success of the second wave of CC-01 based models is both good and bad news: it is great this chassis is still successful 25 years after its initial release, but at the same time, it means a potential CC-02 evolution is highly unlikely to be offered in a short term delay. Such an evolution would be much appreciated to correct two negative aspects of the CC-01: a perfectible steering system and the very limited gear ratios which are way too long for the very low speed that suits for scale trailing.