The meaning of this platform name is unknown and its name appeared quite late. Moreover, it was long believed the name of this chassis was WR-01: it was wrong because WR refers to the “Willy Ranger” platform, the original Wild Willy and WR-02 based variants still under production.

WT-01 was only used by Tamiya since 2011: as per logic, it applies to previous models too. However, only one kit uses the 2WD variant before 2011, the rest using the 4WD variant that has no longer been active since 2007. The 2WD and 4WD chassis variants being identical (except the empty front gearbox on the 2WD), I chose to use the WT-01 name for both variants.

The first variant was 4WD, a chassis in the line of the Monster Trucks that were born in 1986 with the Blackfoot. 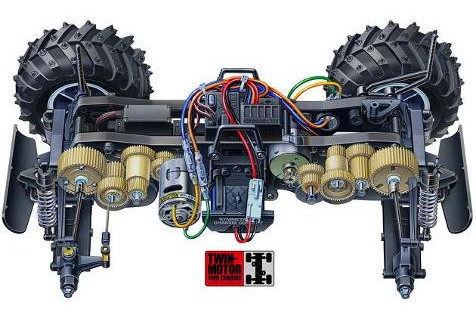 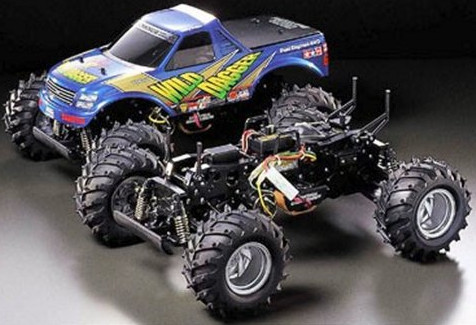 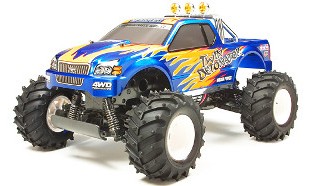 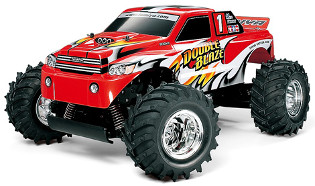 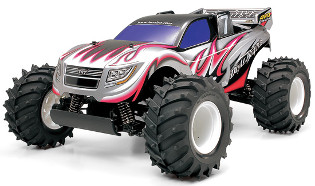 The chassis design was inspired by the popular TL-01, and suspension arms are directly borrowed from the TL-01B. The gears come from the WR-02, and the recent GF-01. As for the latter chassis, its 4WD transmission using one single motor can be seen as an optimized WT-01, or at least as a WT-01 transmission that would only use one single motor.

Back to this 4WD variant of the WT-01: if you have a close look at the chassis, you can't miss the perfect front and rear chassis symmetry, but also the right/left symmetry. If you already read the TT platform review in the On-Road chassis article, Tamiya's financial director probably celebrated the WT-01 design too (even though TT-01 / TT-02 and WT-01 production volumes can't compare).

This perfect symmetry was great but it had one disadvantage that impacted the 4WD WT-01 success: the motors required to turn the opposite way from each other. This means one of the motor required to be connected the opposite way of normal: not a problem with Mabuchi 540s, but the story was different for motors with timing. If the motor was rebuildable (the Sport Tuned is not), you could revert it. Otherwise, you had to stick with the stock Mabuchi 540.

Unfortunately, this chassis was released at the same period the Traxxas E-Maxx hit the market. Despite the two models being totally different (size among other things), people often compared them, not at the WT-01 advantage. Anyway, theses models will sell correctly thanks to their reliability and affordable price, and of course their ability to run about any terrain, especially backyards.

Soon, Tamiya offered a 2WD variant that was long exclusive to one single model: 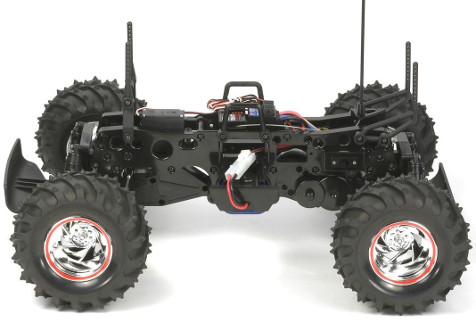 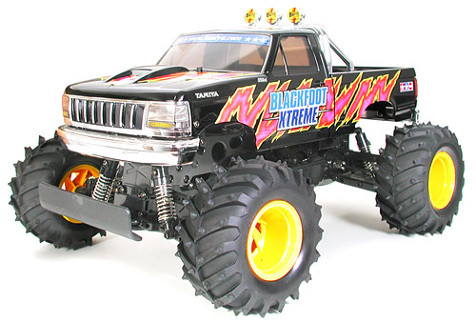 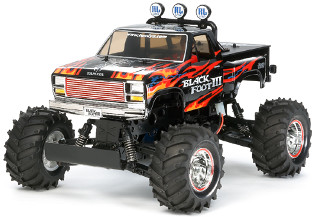 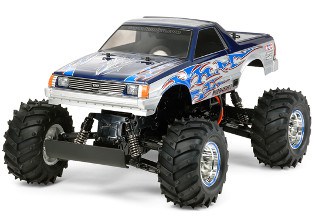 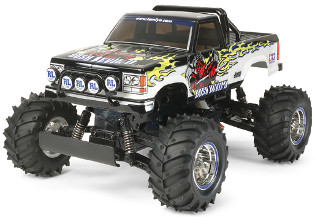 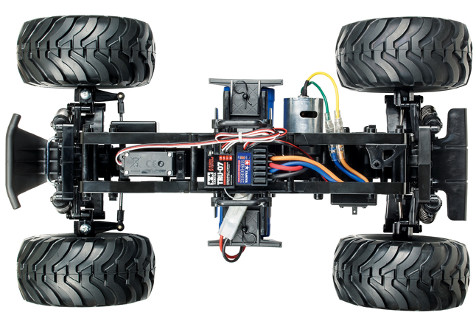 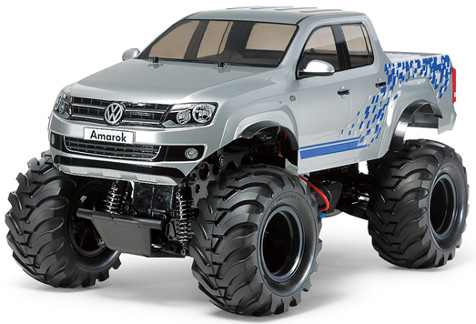 No real change for this variant, except the new front bumper, the use of TL-01 shorter arms and tires resembling the iconic 1986 Blackfoot's.

Conclusion on the WT platform

This platform started as a 4WD twin-motor Monster Truck, but few models used it and the success was not amazing. When the Blackfoot Xtreme was released on the 2WD variant, the chassis became successful, probably explaining why Tamiya used it again for the 5th Blackfoot generation and for several “version II” monster trucks of the 80's.

As it seems, these models did not sell very well in Japan, but they were quite popular in Europe. Enough for Tamiya to offer the WT-01N in 2015, a new variant, again with very limited costs of development.

However, the WT platform passed its transmission to the WR-02, an extremely popular chassis. As for the recent GF-01, it can been seen as an improved WT-01 4WD transmission mixed with the WR-02 wheelie concept.