This is a second hand model I bought from a member on Vintage-RC forum. Given its age and crazy prices for new in box XR311s, it could only be a second hand despite of the limited re-release Tamiya did in 2000.

The XR311 was originally born in 1977: this is Tamiya's fourth RC model and their first off-road vehicle. Mine is the 2000 re-release, but differences from the 30 years old original model are very few. This replica of an American army vehicle is a true model in motion. The bodyshell is exactly the same as per 1977 and I should drive it very carefully not to avoid damaging it.

Only two models use this platform, both being very high detailed off-roader that are much appreciated by collectors around the world. 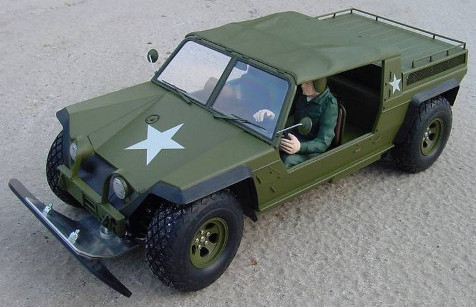 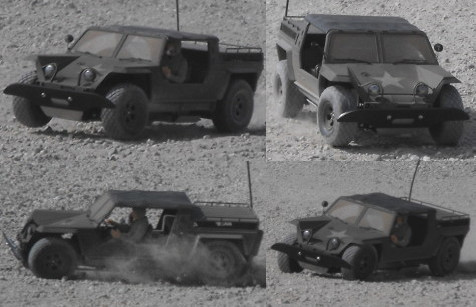 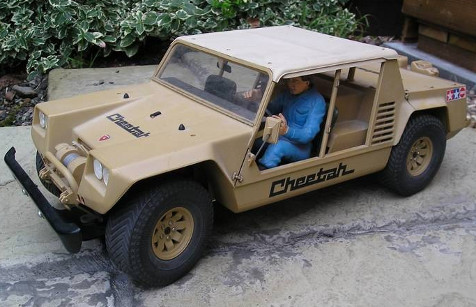 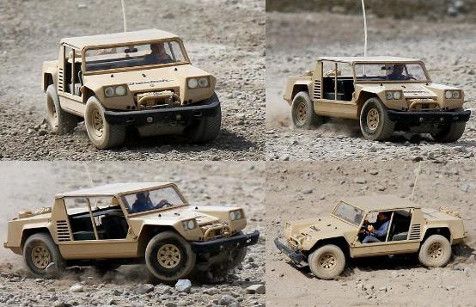 Two videos to present these models, one from the late 70's and a splendid one made by TamOR.

These two models share the same chassis apart from a slightly shorter wheelbase on the Cheetah. The mechanical speed controller is more progressive on the Cheetah and features a reverse gear the XR311 lacks. The XR311 re-release in 2000 featured new metal torsion bars to replace the fragile plastic one of the original release.

My XR311 Combat Support Vehicle when it arrived

My XR311 arrived in a state of the art packaging, but partially disassembled both to protect it during shipping, and because the bodyshell assembly wasn't finished by its previous owner. 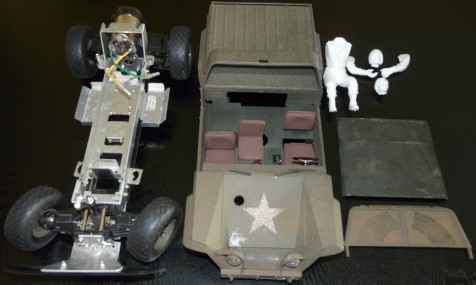 Driver details: with an helmet for the XR311, without for the Cheetah 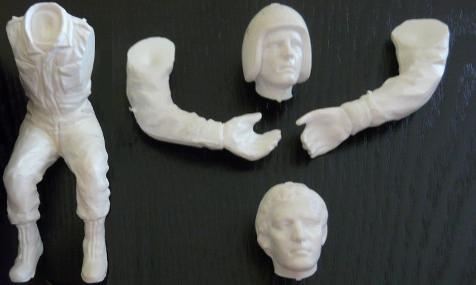 One thing for sure: this model never ran. Everything already assembled was done close to perfection, and the painting job is remarkable with a splendid sand effect: the windshield photo shows the very high painting quality that can be found all around the rest of the bodyshell. That's a shame the excellent painting job could not be finished since I will have to complete it: not sure I can reach such a high skill..

There are many parts remaining to be glued on the bodyshell, the driver is to be painted and the electronics need to be installed. Finishing this model will probably take many many hours.

I will not make any change to this model since I consider there no need for it. I thought I could replace the metal bearings with ball bearings, but I decided I won't: first because metal bearings do not wear that much, and second because this model will not run very often due to the extreme fragility of the bodyshell. Loosing a single part on it should be a definitive loss otherwise my banker would suicide himself: not that I love my banker that much, but still

). I will install an electronic speed controller because it is more progressive than a mechanical unit and also because there's not much room left on the chassis: modern stick packs are quite longer than dry cells or hump back packs used back in the late 70's. You can't fit the mechanical speed controller and its servo while using a modern stick pack.