I was looking for a rally chassis since I'm a fan of this sport, but until now, I was using my Citroën Xsara WRC based on the TT-01 chassis. Though, even with a chassis cover adapted to it, pebbles and dust could get inside: cleaning was long and boring after each run. On the other side, I decided to setup this chassis for pure on-road usage and no longer for rally. So I needed something else to play "Loeb".

Surprisingly, this chassis is used by a limited number of models, the only difference being the body. But this leisure intended chassis revealed to be gifted for competition. Tamiya noticed that and created a pure competition chassis lineage based on the TB-01. 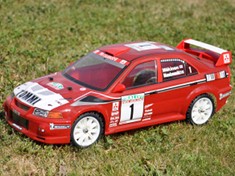 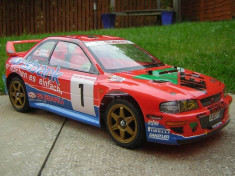 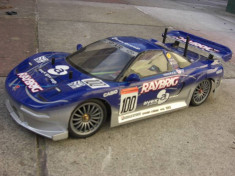 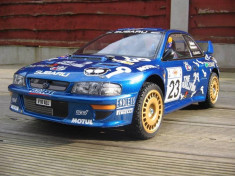 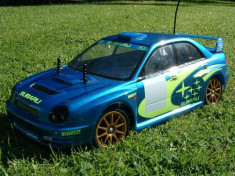 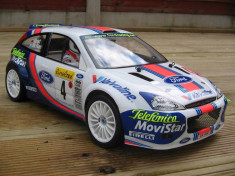 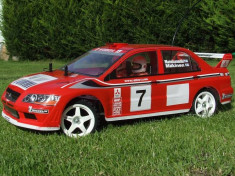 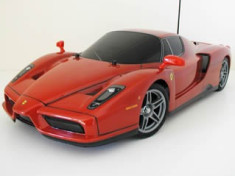 You can notice that 6 out of 8 models are rally vehicles. The way the chassis is made, its gearboxes, steering tie-rods and the chassis cover do protect the inside of the chassis in a very efficient manner. It's the best chassis ever made for this use, even if it is not dust or waterproof.

You can also notice the very good relationship between Tamiya and Subaru. Like all on-road chassis', the TB-01 features several versions of the Impreza WRC. Including a version which is the early prototype of the Subaru Impreza WRC 2001 that appeared a few months before the "official" presentation of the 2001 rally championship car (released on the TL-01 chassis, kit 58273). The TB-01 chassis will then evolve into TB-02 version (2003) and the recent TB-03 version (2008).

Based on this short lineage chassis (compared to the TL-01 and TT-01 chassis), Tamiya developed on-road competition versions. The first evolution of the TB-01 chassis was a stock chassis fully hopped up with any available option. The following evolutions will then progressively modify the original design. 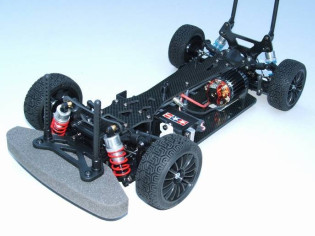 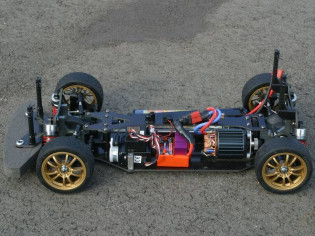 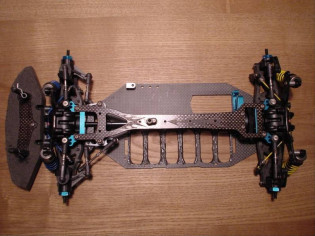 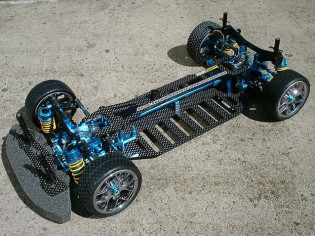 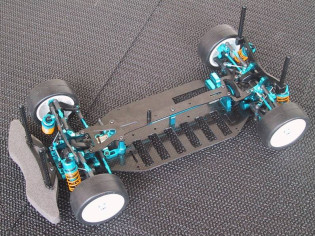 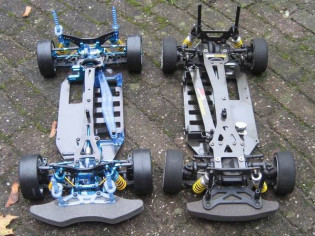 The TB series chassis design goes as far back as 1994 with the TGX nitro chassis. The TGX pioneered the center shaft, the gearbox and drive trains for model cars. This shaft drive design was soon applied to the TB-01 electric chassis and its evolutions. Used on-road (tarmac or carpet), it soon proved to be a serious competitor even if it was originally built for off-roading. Built for competition, the TB Evolution was equipped with performance options such as a double deck carbon fiber chassis, carbon shock towers, aluminum motor mount and ball bearing differentials. Data collected from competition was applied to improve the chassis performance and gave birth to the TB Evolution II. The TB Evolution II mainly gained weight (differential, aluminum bulkheads) and better adjustable suspension setups for more precise suspension angle changes.

The TB Evolution III will bring a huge modification to the chassis by inverting the motor and stick pack locations for a better weight distribution. This new arrangement will be used by the next evolutions that will even lower the gravity center of the chassis. The last photo above shows all the evolutions between the first and the last generation of the TB Evolution chassis (TB Evolution 5 on the left, TB Evolution on the right).