This 2 wheel drive "big wheels" vehicle is meant for recreation. It bounces all over the playground, racing lines are, hum, special and steering is approximative. A soon as you push throttle, the front wheels raise: wheeling on several meters (if it doesn't roll on its roof). Full speed cornering is pure suicide as it will roll. A worse handling is still to invent: but that is the concept of this model, and what makes it success over ages. Apart from its tremendous look.

The Lunch Box and its twin brother Midnight Pumpkin are among the best commercial successes from Tamiya. These two vehicles are based on a chassis that is the "final" evolution of an older model. 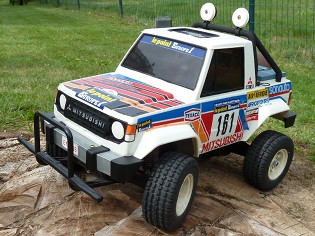 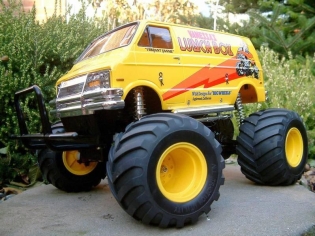 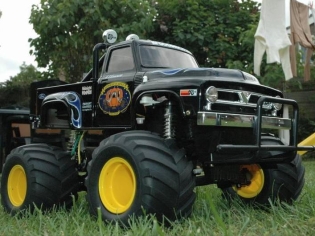 All these models were now re-released, once between 2005 and 2007, and again in 2012 introducing new color variants: 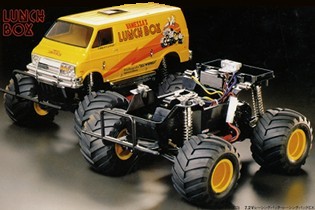 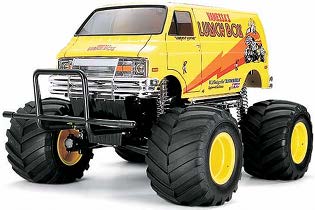 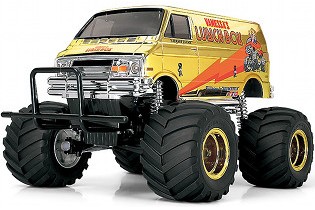 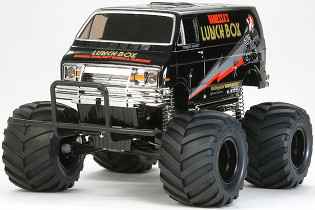 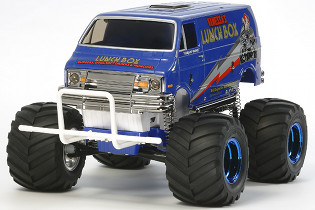 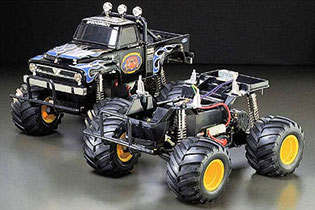 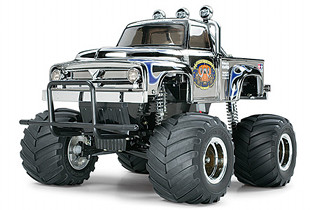 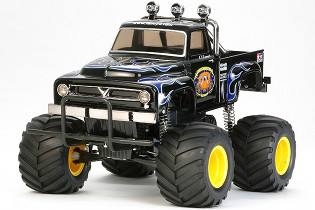 On the van decoration, you can read Vanessa, the name of the Lunch Box driver: except that no one has ever seen her. No one?

Well, someone did: find her interview by BaraToZ

My model when it arrived

About my Lunch Box, it is a second hand model: I will just check it and full ball race it. Note that the rear drive train is identical to the Hornet's. The bodyshell had a hard time already (well, normal for a second hand, especially for this model that often end on its roof): I may try to restore it a little bit. I will run with that body as well as with the provided lexan one (well, provided when I bought it: it is not included in the kit). The decoration for the lexan one will be very different as soon as I have time to do it. A third bodyshell should arrive soon: it is brand new and will have a different color scheme.

Photos when it arrived: 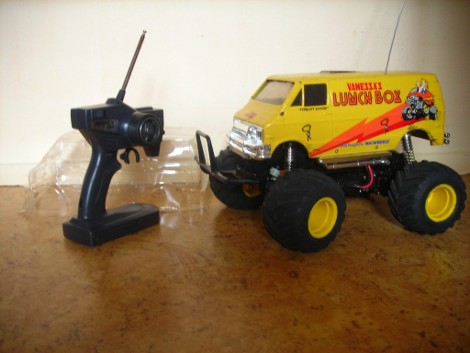 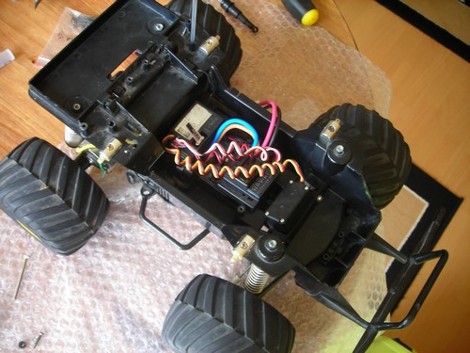