Wild One Off Roader

During the 80's, there was a time when I could spent hours reading my RC Guide Book dreaming about driving some of the models. For sure, the Wild One was one of these, but no period model came through my searches so far. Until recently when close friends of mine offered me a big parcel with this great model inside.

For the records, they revealed that I was the one who gave them the idea of this model among others. In fact, one of my friends contacted me by mail through this site under a false name to get recommendations for offering a model to a friend(!). I had no suspicion (it is not unusual I receive mails asking for information) until they revealed the trick. This is why this model is very special to me, apart from being a model from "my period".

The Wild One family

It all started back in 1984 with the Fast Attack Vehicle and in 1985 with the Wild One. Both are realistic buggies, the FAV being the replica of a real vehicle from the American Army. 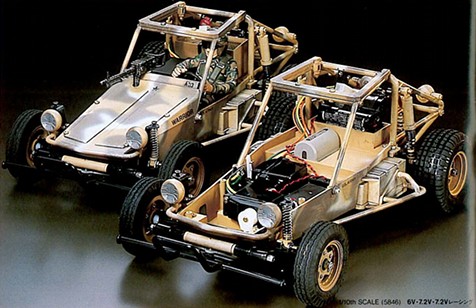 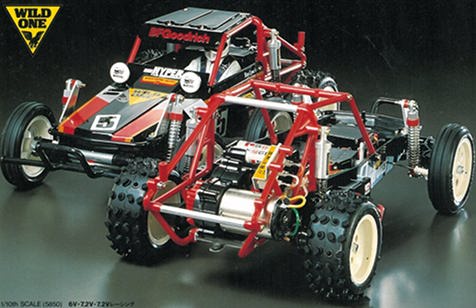 Some collectors consider the Wild One as a transitional model in Tamiya's production since the metal used so far for the chassis now leaves room to plastic. Well, let me disagree with that: when you consider the Grasshopper and Hornet, or even the Holiday Buggy and Sand Rover that were released years before, the "metal vs plastic" statement isn't true. However, it is true to consider the Wild One as Tamiya's last realistic looking buggy. 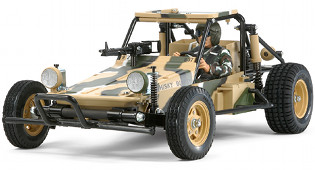 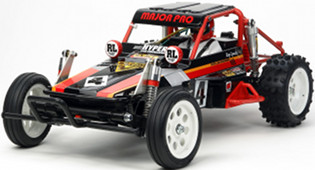 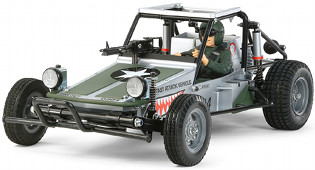 The re-releases versions introduce slight modifications compared to the original models, but the mid 80's atmosphere is still there. Those of you who knew about these models at the time will immediately remember them, either because they were lucky enough to own one or had the pleasure to see them in the RC Guide Books. As far as I am concerned, this is exactly what I am looking for with re-released items.

Opening the Wild One Off-Roader box

As I was opening the box, I suddenly realized that the last time I had a NIB kit in my hands was over 3 years ago. That was at the beginning of summer 2009 when I received my M-03 Suzuki Swift and I have to admit I had somewhat forgotten how pleasant it is. 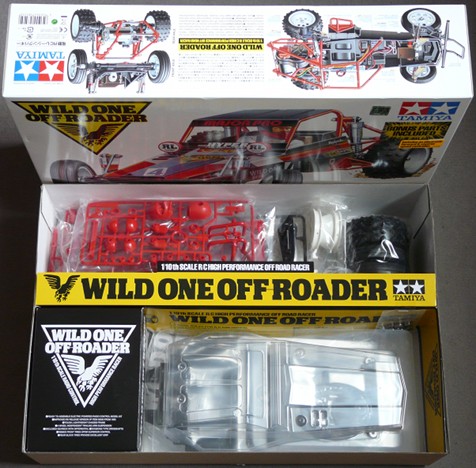 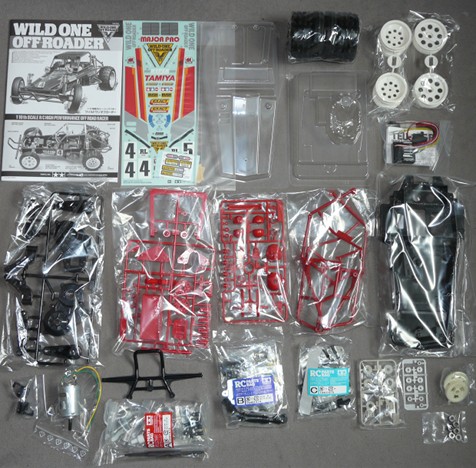 As usual with Tamiya, the box in itself is a piece of art and things are perfectly sorted. It is a great feeling to take each bag out of the box one after the other and to arrange them before watching the "exploded view". Some parts look familiar like the rims and tires resembling to the Fox's (apart from the gold on rims) or the front bumper recalling the Frog's. And there is also that brand new TEU-105BK ESC we will see later on.

OK, looks good in bags but the box cover drawing is a fantastic teaser I can't resist

. Go for the assembly.