This model is a 4 wheel drive buggy meant for racing. In my collection, I own several buggies, but no "serious" 4 wheel drive: not that I get oriented to racing, but I wanted a modern vehicle that could handle a better motor. The Baja King should have been the good choice for that, but its design flaws make it a fragile buggy (at the front drivetrain) that is now great for off-roading (it just gets filled with all the pebbles of a track). Of course, I also have the Boomerang, but it is over 20 years old now: it wouldn't be wise to risk any severe damage with it.

After some searching and thinking, the DF-03 chassis naturally showed up: alternatives were models based on the DF-02 chassis (58328 Gravel Hound, 58334 Rising Storm, 58399 Plasma Edge) or the DB-01 chassis (58395 Durga, 58404 Baldre). Apart from the fact that I just don't like the look of these models, these two chassis have a little ground clearance that is not the best for the tracks where I usually drive (mySand Viper is pretty aware of that). Furthermore, I do like the Dark Impact look, especially its black rims.

I wanted a brand new model or one used in stock configuration to avoid bad surprises. I was happy finding one on a well-known auction site: a model that was assembled and painted, never run and that came with a 15T motor, a high quality speed controller and a few spare tires and rims. Exactly what I was looking for, for a very good price, even a better price since I sold the motor / speed controller combo to a friend of mine since I won't use such a powerful setup. 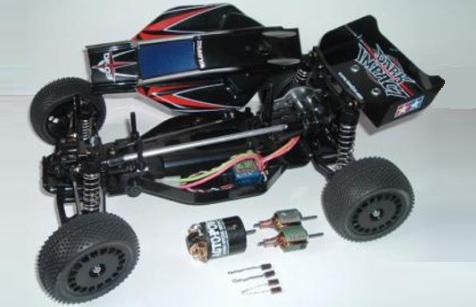 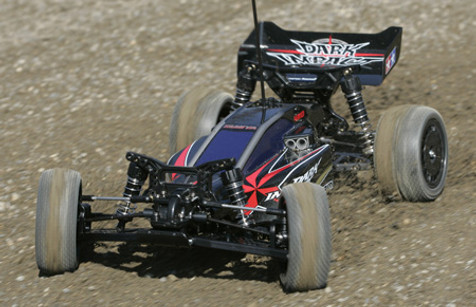 On the left, my Dark Impact as it was presented for the auction, on the right an action shot by Tamiya. I will only make a few changes from the stock model:

For the moment, I won't change anything else since this model has the reputation of being solid and reliable with much more powerful motors mounted, especially brushless systems: I'll see later if any change is needed.

The DF-03 chassis was first introduced with the Dark Impact in 2006. Two other buggies use the same chassis with only a body change and different color rims: 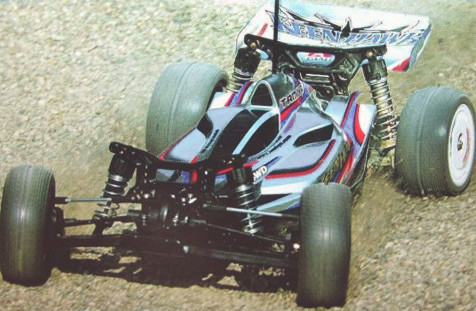 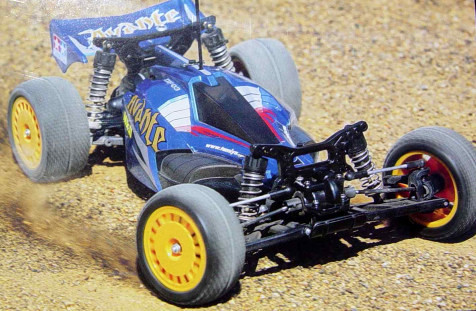 The DF-03 chassis has also a rally version with the DF-03ra first released at the end of 2008: 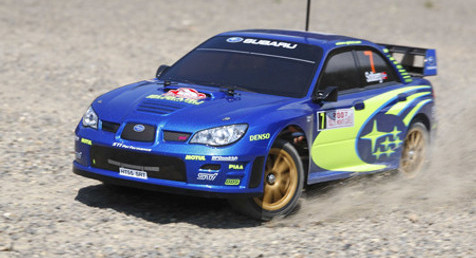 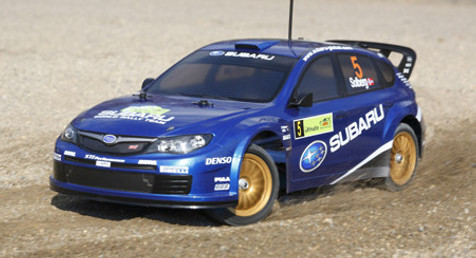 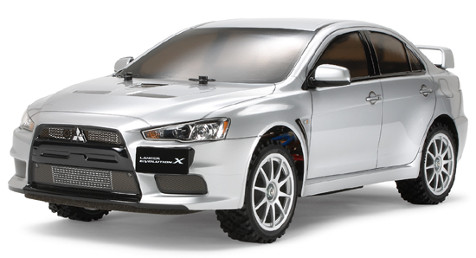 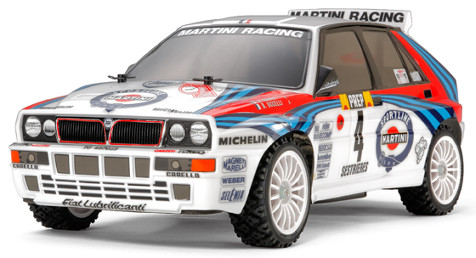 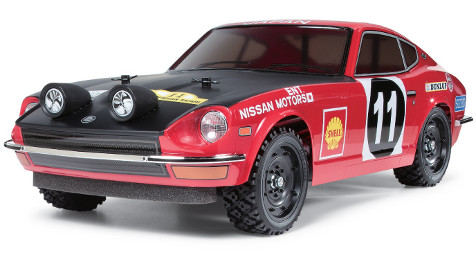 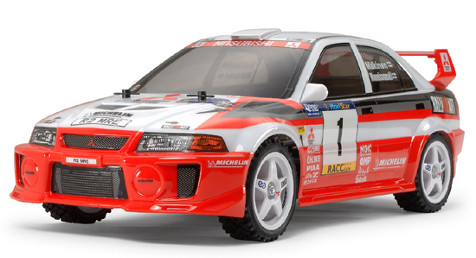 No doubt on the DF-03ra performances, but I am not sure it is a great chassis for rally. It looks quite exposed to dirt and pebbles projections that always end somewhere they should not (like blocking the servo), especially due to the fact that "rally" bodies do not fit closely the chassis. To address this problem, the best solution is to cover the bathtub chassis with a Dark Impact bodyshell that will serve as a chassis protection. But as far as I know (in Tamiya lineup), the best chassis ever designed for rallying is the TB-01 like on my Ford Focus RS WRC 01.