This one is an used model restored with original parts and car by Dollyfanny, a member of the Vintage-RC forum. It is a 4x4 buggy initially released in 1986. The Boomerang is one of the variants form a very popular chassis by the time: the Hotshot, the first true Tamiya off-road 4x4 chassis designed for competition.

Its specific feature a a mono-shock system suspension: each drive train only uses one single damper working with an very efficient cantilever system, coupled with anti-roll bars. In general, the design of this chassis was very innovative for its time, apart from little problems in terms of conception and reliability (especially for competition: this access to electronics is not easy, front gearbox weakness on brutal jump landings). Nevertheless, the Hotshot proved to be a serious opponent on the tracks.

Tamiya released different versions of the Hotshot chassis, sometimes with minor evolutions, especially on the suspension system with more classical solutions using two dampers per drivetrain. In order of appearance here are the different models: 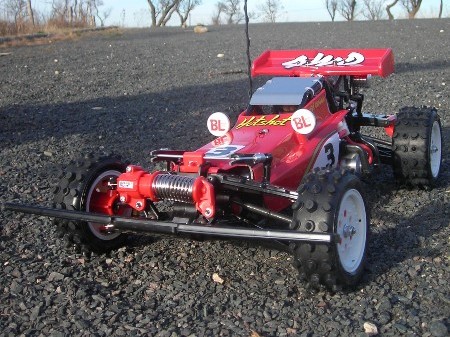 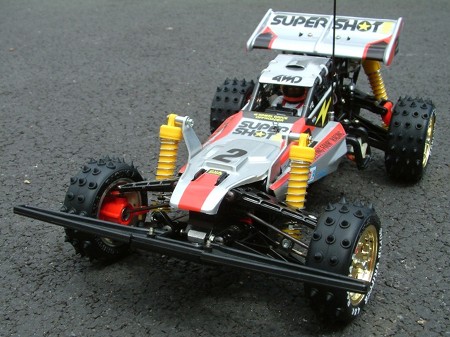 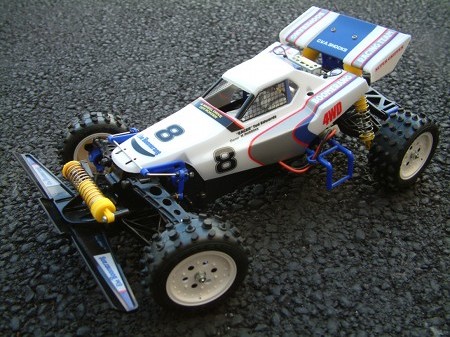 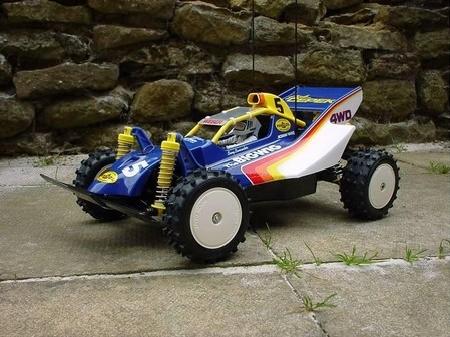 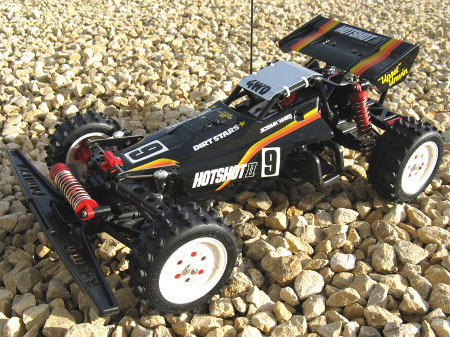 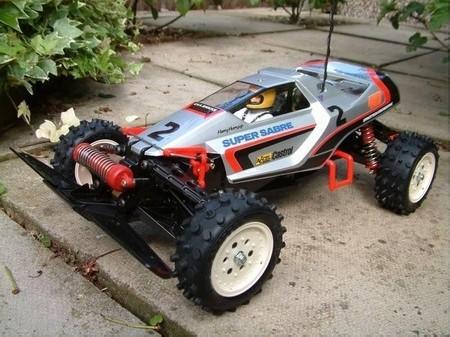 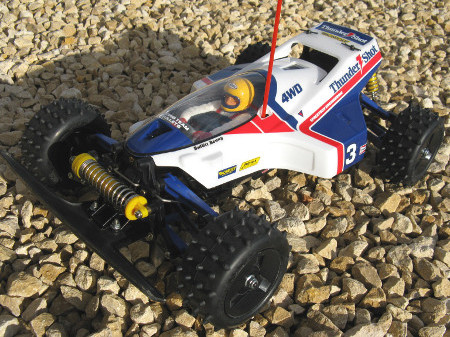 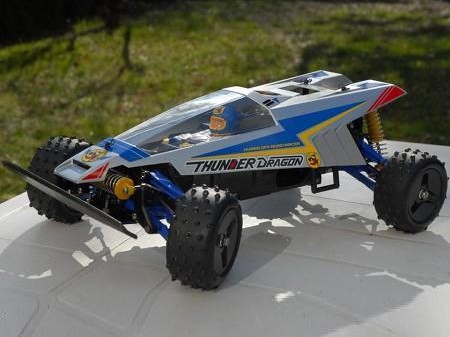 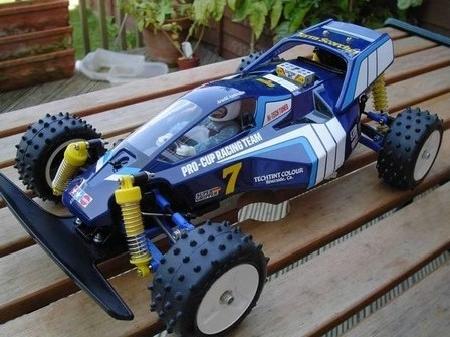 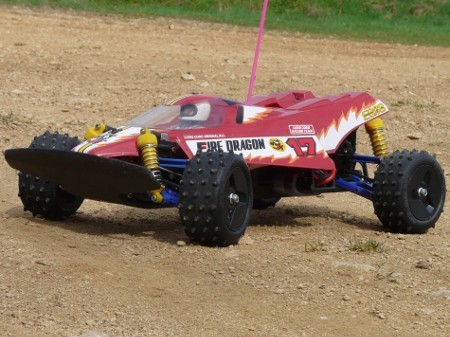 These family photos illustrate variants in suspension, with 2, 3 or 4 dampers. There are other differences between the chassis shown above, but they do not alter the "Hotshot" fingerprint. You can also notice the bodyshell evolution with some that are quite confusing (The Bigwig) or futuristic.

My Boomerang when it arrived

The least I can say is that it is in perfect condition. All parts or so seem brand new, some show a moderate usage, but no crack or damage can be seen. This model was a shelf queen and was only for display purpose. At home, it will be used for what it was meant: to run. Before that, all parts related to electronics are missing (those needed to transmit servo movements). This requires to disassemble part of the chassis to install them. 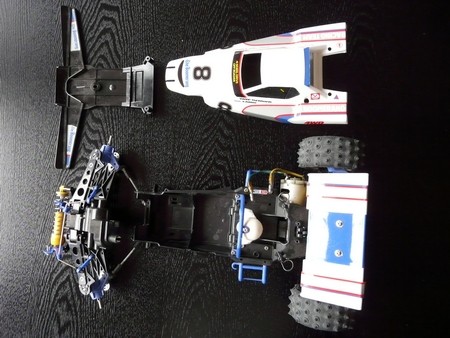 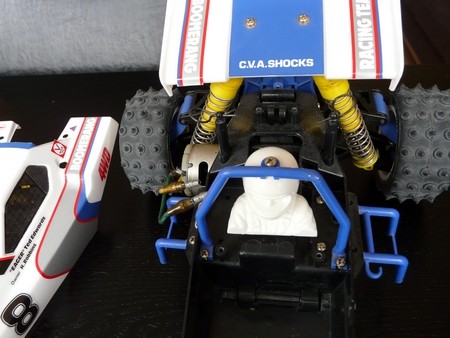 Overall, the model is in such a good condition that I almost have nothing to do to make it run again.