This model is an XB Expert Build version. For Tamiya, this means a ready to Run model, already assembled and painted, with radio, battery pack and charger. It is based upon a buggy chassis (the RX Fighter's) mounted on Lunch Box tires and Wild Willy 2 rims. It is a simple 2 wheel drive entry-level model but very solid: perfect for some bashing... even more because I could get new for the third of its retail price. 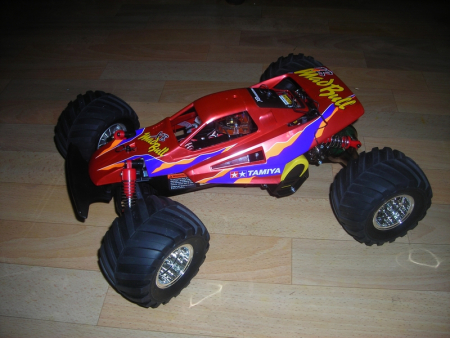 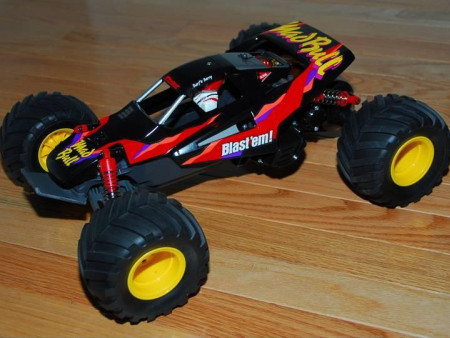 On the left, my Madbull, on the right the "kit" version with the "official" color scheme. Differences are: the bodyshell decoration, the front bumper, the gearbox case which is transparent on mine and black on the kit, chromed rims (from a Wild Willy 2) and a TEU-101BK electronic speed controller for the kit version when mine features a mechanical speedo.

For the moment, I only changed one thing on this model: I replaced every plastic bearing with ball bearings.

The Madbull DT-01 chassis is the ultimate evolution of a very iconic series of models with which it shares many parts (like the gearbox/rear drivetrain with the Lunch Box and the Midnight Pumpkin). 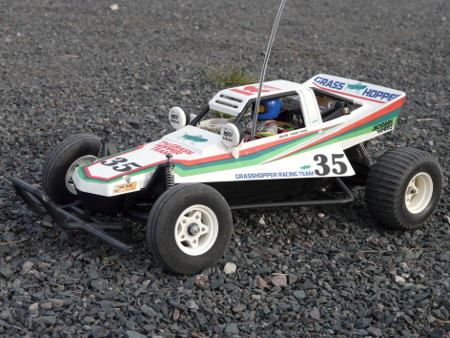 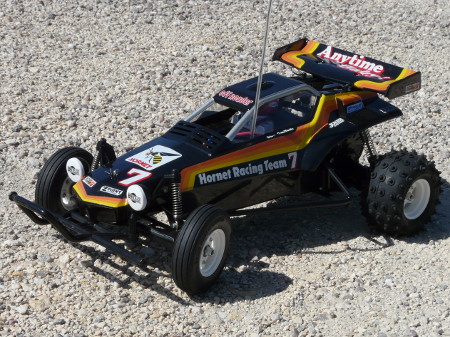 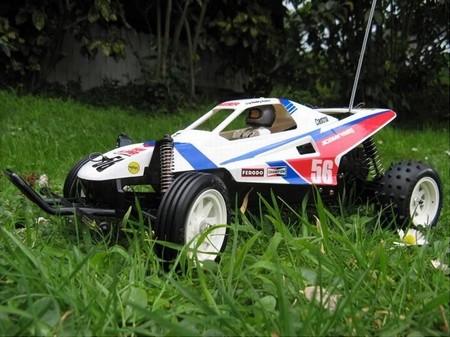 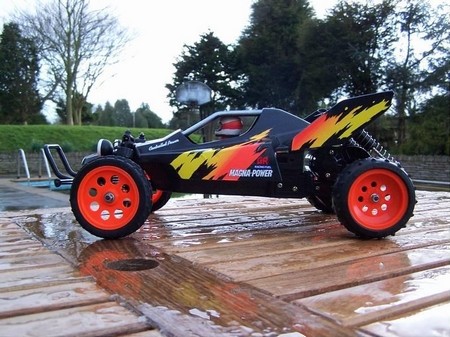 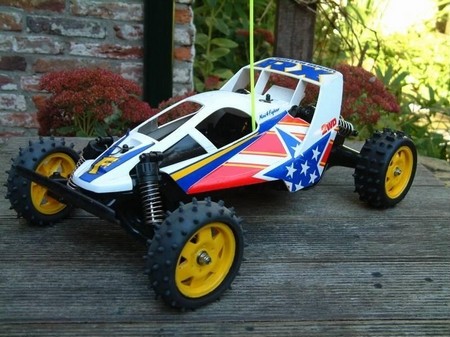 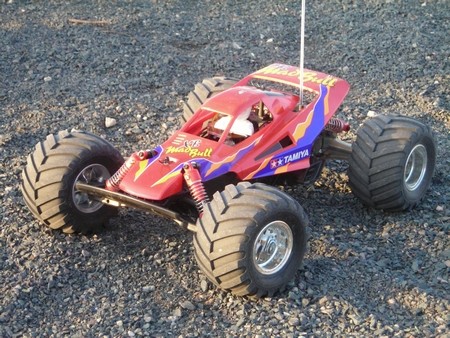 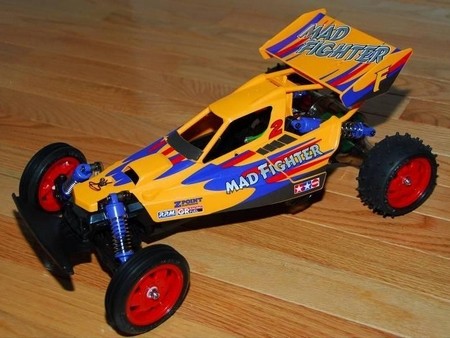 In this model family, Grasshopper I & II are the basic models, the Hornet is an evolution (especially on the suspension and the Mabuchi 540 motor that replaces the 380) and the Super Hornet features every possible option to improve its handling. The chassis remains exactly the same on all these models.

A few years later, Tamiya made changes on the chassis to release new models. The damper fit is different (oriented towards the inner chassis both at front and rear) and the rear drive train does now feature a central pivot axle.

These two main evolutions have a direct and obvious consequence over the chassis handling. Even if it remains strictly oriented to recreational use, the suspension works much better and can correctly deal with any playground surface. The typical bouncy handling of the original chassis can be almost forgotten.

Three models benefited from this improved chassis: the Fighter Buggy RX, the Madbull and the Mad Fighter presented above and on the left. This modified chassis is called a DT-01.