Thanks again to a member of the Vintage-RC forum, a new model joins my collection. First released in 1996, the TA-03F chassis is the first 4WD belt-driven by Tamiya. This is a technological change in the TA series that were shaft-driven so far, like on the TA-01 chassis of my Lancia Delta HF Integrale. This is both for this reason and because the TA-03F chassis is already over 15 years old that I wanted one into my collection.

As for the title of this article and the bodyshell that will sit on my TA-03F, it is neither a new model nor a secret model that Tamiya would have confidentially produced: it is just another of my special projects

Among the series, some models feature outstanding bodyshells: 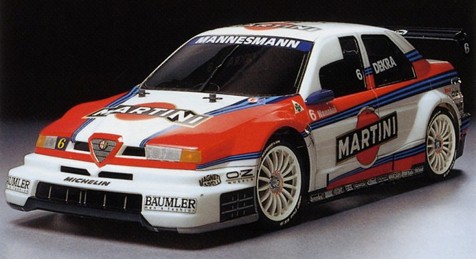 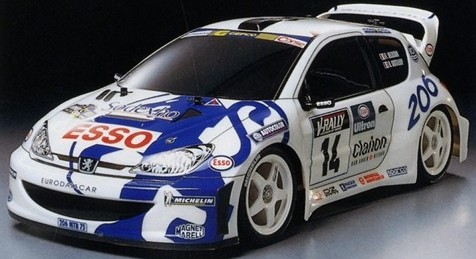 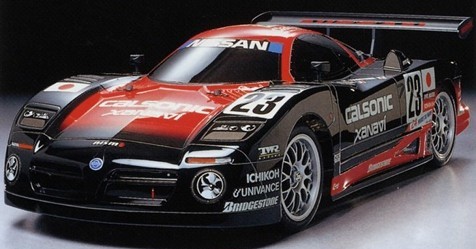 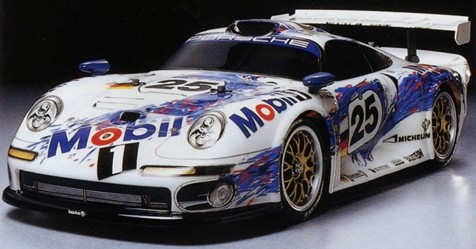 The most outstanding model of all is probably the kit 58278 Lancia Rally 037 released in 2001, 2 years after Tamiya had abandoned the TA-03 in favor of the new TA-04. The bodyshell is the re-release of the one from the 1983 kit 58040 featuring design improvements to make it more realistic. Well, the scale realism of the overall model suffered from the 4WD transmission since the original car was RWD. 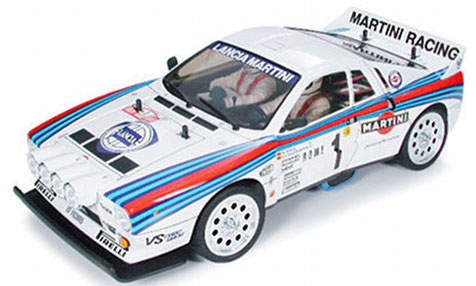 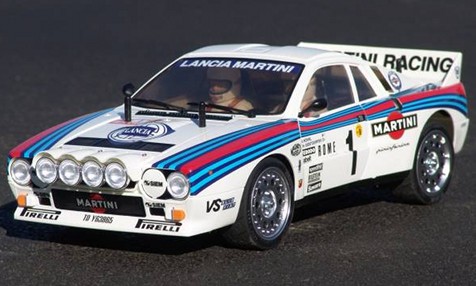 While I was writing this article, I was surprised to discover that there is barely only one official photo from Tamiya about this model. To my knowledge, this model was never listed in catalogs or RC Guide Books. In addition, the model is not even listed on Tamiya's official website, just as if it had never been released.

After this long introduction, it is time to reveal the model used for this special project: I used the kit 58188 Opel Calibra Cliff. It is one of the TA-03 series member, but not the most outstanding. No problem: my interest is mainly focused on the chassis. Anyway, here are photos of the TA-03F chassis and the model: 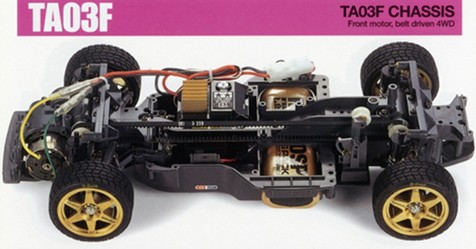 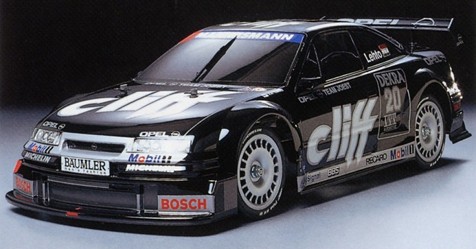 My TA-03F chassis when it arrived

No bad surprise when the parcel arrived: I exactly knew what to expect thanks to the previous owner's description. In short, chassis in overall good condition with a quite battered bodyshell. This is exactly what came out from the parcel:

The chassis is in good condition even if the tires can't be used anymore. The bodyshell can't really be saved but I don't care since I didn't count on it

. So I had a long thought when choosing a replacement: at first, I considered the Lancia 037's but the price is beyond my limits. Of course, there are lexan versions you can find when searching on internet but overall quality is far from what the real car deserves. On the other hand, I could also have considered to rebuild the 58225 Mitsubishi Lancer Evo V WRC which is an original TA-03F model: just find the 84123 bodyshell that was re-released for model 58461 on the DF-03Ra chassis. Unfortunately, this bodyshell was produced in limited quantities and it soon became quite difficult to source at a decent price. Well I needed another idea...

While I was working on this model, I incidentally found several videos about the rally golden era, and more specifically about the legendary Group B cars. As Peugeot 205 Turbo 16 bodyshells don't exist or are really awfully reproduced, I finally went to consider the other iconic car of the period.