This one is a pretty rare model even though it is not very old. Other models based on the same chassis are pretty much looked after so I guess this particular model didn't meet its public or its decoration was not much appreciated. Anyway, this second hand model was an opportunity since it has a brand new and perfectly decorated bodyshell: it had to join my collection.

The FF-01's architecture is mainly based on the TA-02 chassis: the big difference is the front drive transmission and the front motor. This is Tamiya's first front wheel drive chassis and the second in my collection after my Suzuki Swift.

The FF-01 was used by 16 models which tends to demonstrates this chassis got some success: 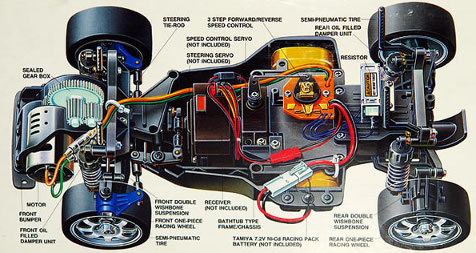 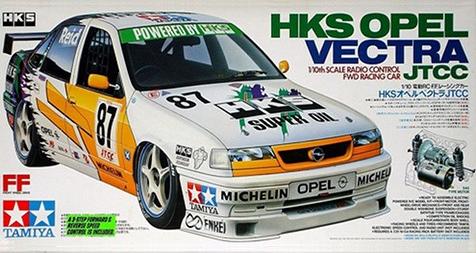 A common characteristic shared by almost all the models of the series: a very complex bodyshell decoration. Results are very impressive but they require hours of work because some bodyshells need different paint colors and over a hundred of stickers to adjust with a lot of precision.

My Opel Vectra JTCC when it arrived

The model is in perfect condition and was probably never run. However, some parts are missing (battery tray door, spacer for the motor mount screws). 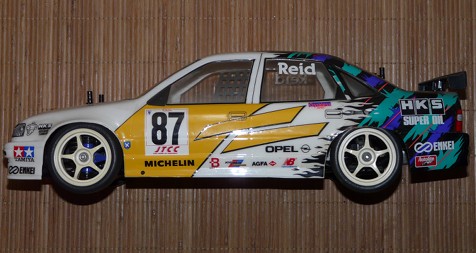 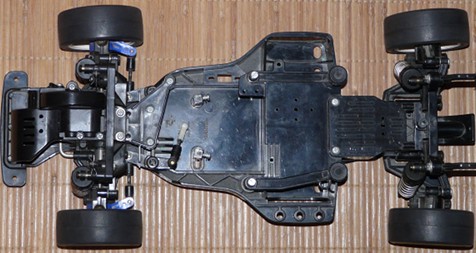 Not much to work on the chassis. As for the bodyshell, some stickers started to peel so I will need to find a way to solve the problem.

Even if everything looked as if it had been correctly built, I entirely disassembled the chassis for a complete check-up but there was very few to be done. Apart from throwing ball bearings (2x1510, 2x1260, 7x1150 and 3x850), fixing the motor mount and to add oil in the hydraulic dampers, the chassis didn't require attention.

The first run proved me wrong though: I badly assembled the ball differential. That(s what happens when you don't follow the very clear steps described in the manual. Hopefully, no damage was done, but this kind of mistake can be lethal for the model.

So here's the chassis in ready to run condition: 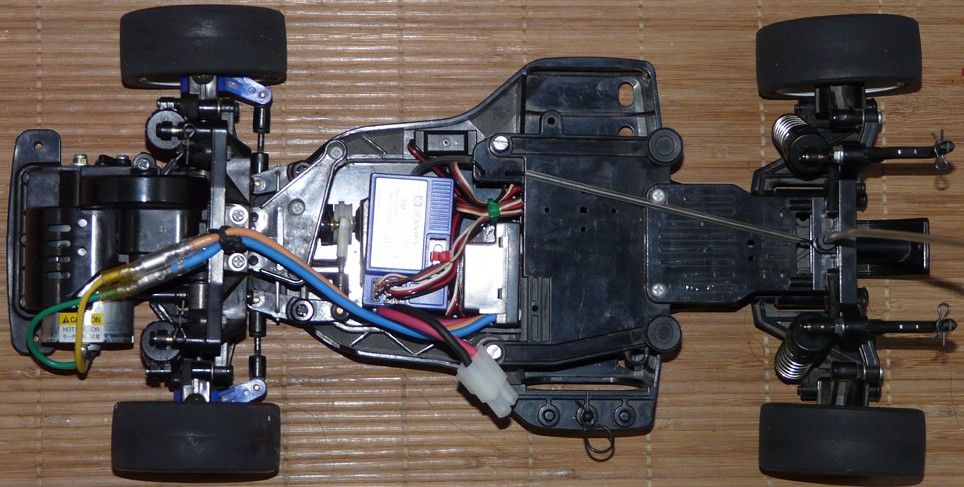 So much room for electronics! That's why I chose to install the biggest receiver I had in my stock