This model is quite apart from the rest of my collection since it is both a limited edition and a pure racer. It is also my first belt-driven 4WD chassis. At first, I wanted a TA-03 chassis because it combined an older design with Tamiya's first belt-driven model. But things went differently and this TA-04 TRF edition was a great opportunity: I clicked.

There are several variants of the TA-04: 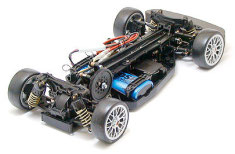 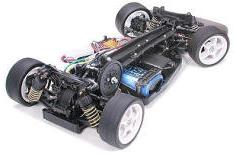 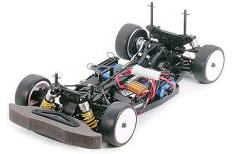 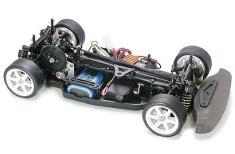 Compared to the TA-04 base, the TA-04S (S for Sport) comes with ball bearings everywhere and adjustable steering turnbuckles, the TA-04R (R for Racing) is an hopped-up S version (carbon parts) and the SS version (Sport Short) has a reduced wheelbase by 10mm.

Each variant was used by different models: 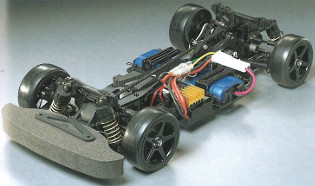 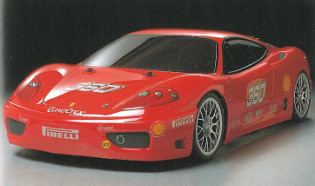 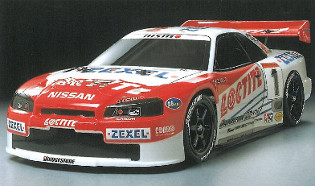 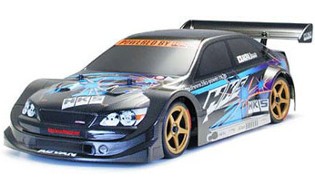 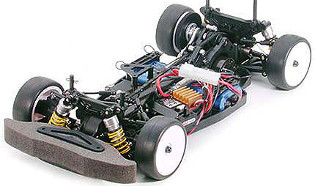 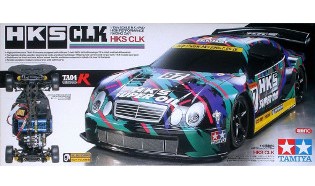 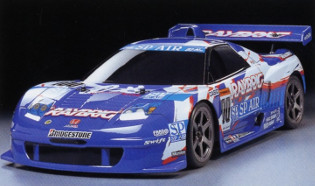 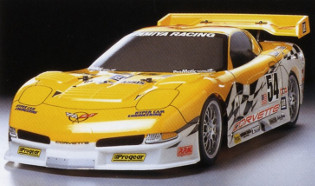 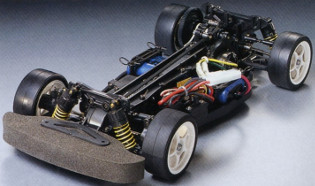 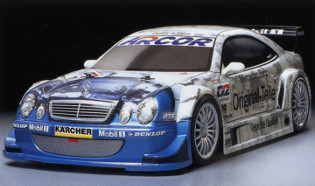 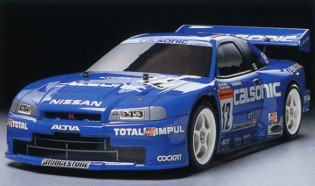 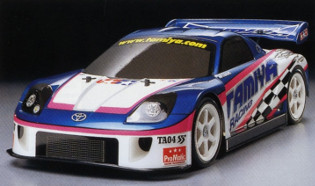 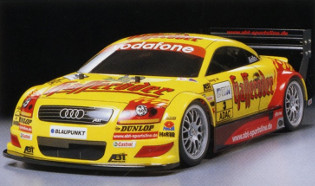 This chassis also exists as a limited edition signed by the Tamiya Racing Factory, Tamiya's racing division. The TA-04 chassis being the TRF414 public version, the TA-04 TRF is a version equipped with many parts from its race brother. 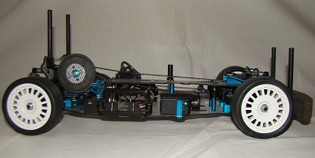 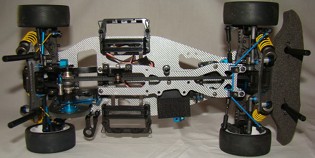 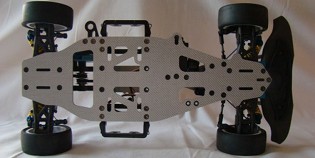 My TA-04 TRF when it arrived 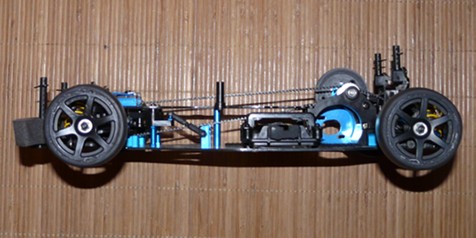 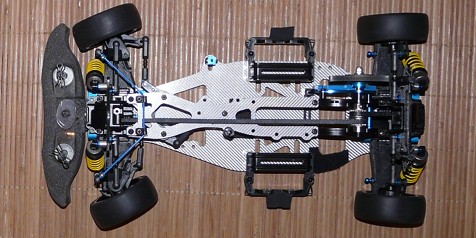 The model is in perfect state and came with several bags of options, proving that even a limited TRF version can still be hopped-up

. So my idea is to give it a powerful motor that my driving skills can deal with. Above all, I want to give it a body with more... steroids.