For once, I claim I'm not responsible for this: my friends Boo54, J-F and Teamneogordini are guilty!

Lately, we had an on-road run even I generally prefer off-roading or rallying with my Ford Focus WRC. Problem is we are currently searching for a new place to run off-road since the previous place is no longer good at anything. So, we met for a cool afternoon of tarmac driving. I came with my Citroën Xsara WRC and my Lancia Delta HF prepared for on-road.

Everything went perfect but my friends are smart: these rascals gave me an M-chassis for a try. I never considered this chassis class before as I considered them boring mini skateboards only suitable for fans of the famous Austin Mini. Well, let me tell you they're nothing better than mini skateboards... but terribly fun to drive. Fun, really fun to drive: they're very light, sharp cornering, quick and they literally stick to the tarmac.

Result is I had a great fun and that you're reading the consequence of this try. My advice: never try an M-chassis! And don't trust yours friends .

Major update of the article in December 2011 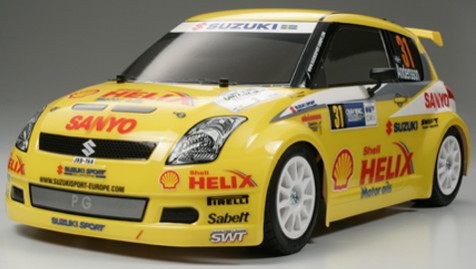 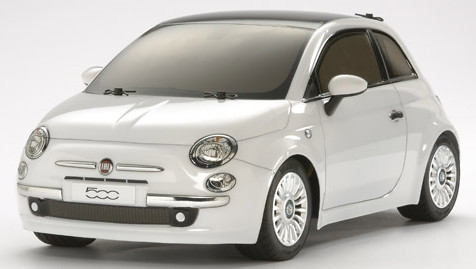 But this chassis already existed in slightly different versions. The basis is the 1999 M-03 chassis that was lately declined in M-03L (2000) and M-03M (2006). Letters refer to the chassis length, more exactly the wheelbase (distance between front and rear wheels). These 3 dimensions are meant to adapt different bodyshells on the chassis: for realism and respect of the original dimensions when reduced to the 1/10th scale, Tamiya makes the chassis wheelbase vary. All lengths are not available for every M-chassis generation, but they always respect the same wheelbase values.

Photo gallery of the M-chassis saga by generation:

The M-chassis now lasts for over 15 years and is still growing. Some models are dressed with famous bodyshells like the Alpine A110, the Fiat Abarth 1000 TCR and of course, Mini and Volkswagen Beetle both original and the later renewed versions. Unfortunately,Tamiya didn't always respect the real transmission drive used by original cars when adapting them to the M-chassis, especially since the introduction of the M-05. About this, M-05 and M-06 chassis have lost their suffix despite the bodyshells have different wheelbases: all these chassis including the required spacers to modify the wheelbase, Tamiya now finds it useless to mention it.

Since 2010, Tamiya made a rally version that was expected for long by fans who had to recut Rally Block tires to fit them on M rims or to be lucky to find the so rare Enroute tires. The rallye version (Ra suffix) features additional protections in order to limit dust projections over the chassis.

Please note that the knowledge of the Vintage-RC forum members is the source of most of the information for this M-chassis saga. Thanks mates!

Now it's time to build this Suzuki Swift Super 1600. I'll begin with the bodyshell since I will start assembling the chassis as the different paint coats dry.