It took several months for this model to join my collection. Everything began in june 2011 when I bought the bodyshell from a Vintage-RC member and an original sticker sheet a few days later on internet... just a few weeks before Tamiya announced the re-release of this bodyshell on the M-05Ra chassis (kit 84227).

Facing the tremendous amount of painting and masking work, I left the bodyshell apart to focus on other models. In march 2012, I incidentally found a chassis when browsing a famous auction site where it was listed as a "BMW". End of summer 2012, I finally decide to dig up this project from my pile of "pending" work.

Only 2 models were released on this chassis that first appeared in Tamiya's 1981 catalog. 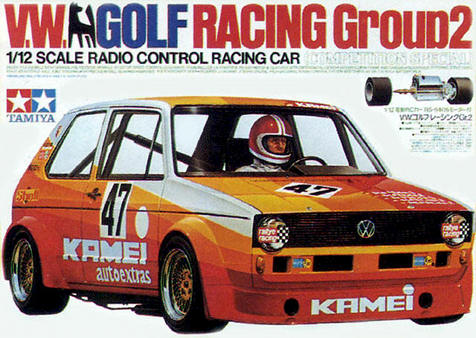 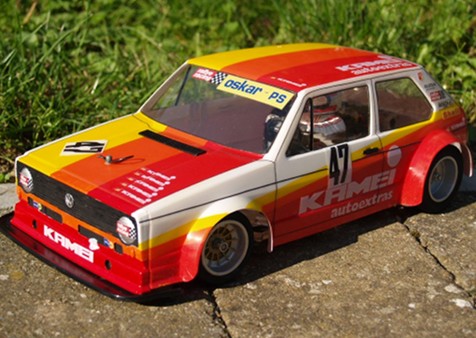 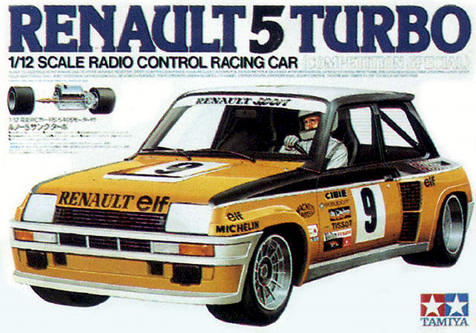 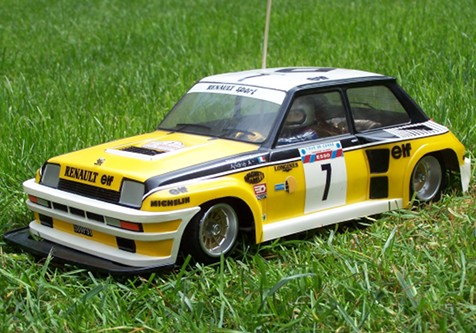 The splendid Golf above is Pandafred's from Tamiyaclub, and the also splendid Renault 5 belongs to Densolaga from forum Vintage-RC. Even if Tamiya's boxart is an "artist view", it is obvious the Golf fits the chassis much better than the Renault 5 does.

The re-released versions of the bodyshells are not much better as far as scale realism is concerned, but once again, the Golf looks better: 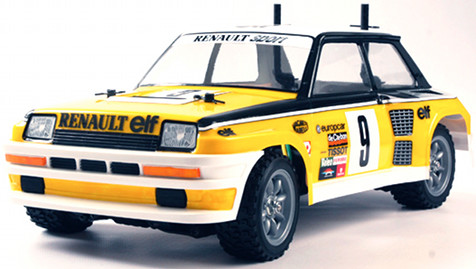 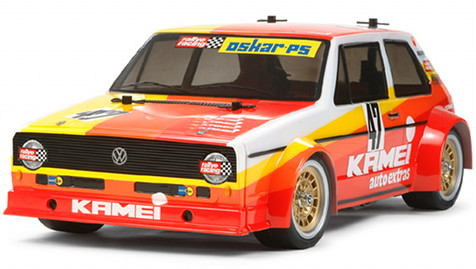 Unfortunately, the drivers seem to be missing from these limited series re-releases.

I identified this chassis as soon as I saw it when browsing Ebay. As it was listed as a "BMW" (since it was sold with an unknown BMW bodyshell), I preferred to take my time to closely check the photos. Apart a few missing parts, the chassis looked in overall good condition, so I clicked: 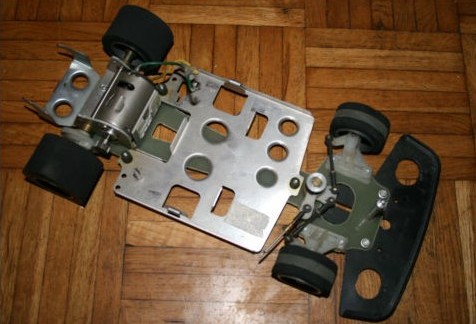 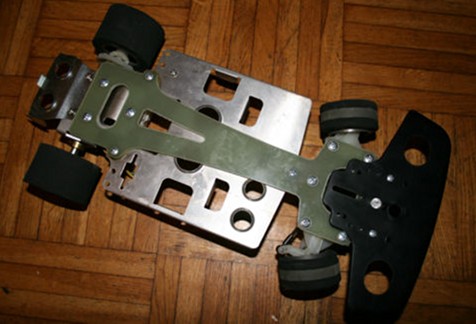 As usual, I fully stripped and cleaned the chassis, even it was not the dirtiest I've ever received. I took this opportunity to shoot this exploded chassis view: 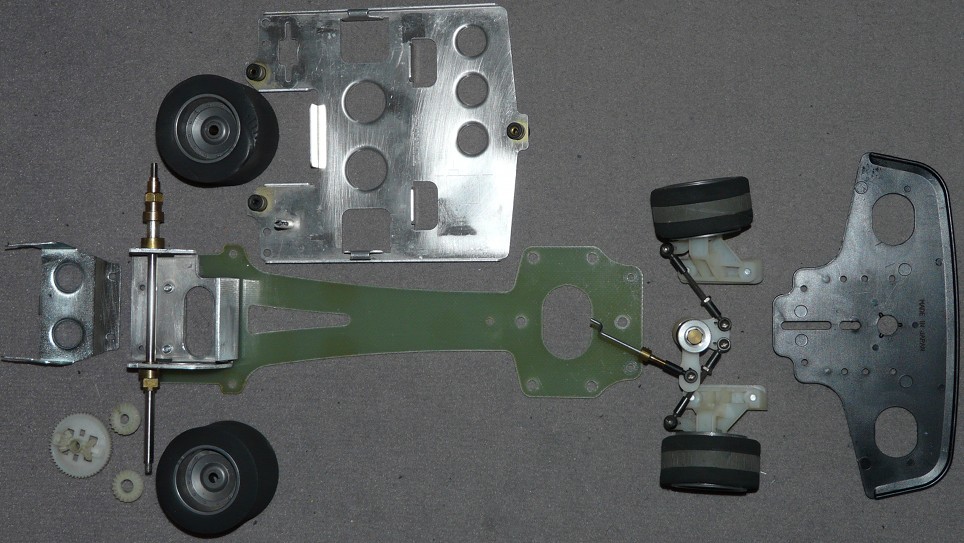 Quite an interesting view in my opinion, since you can notice the chassis design is pretty similar to my Ferrari 312T3: a rear pod and an epoxy chassis often seen on F1 chassis, and a typical electronic deck.

Overall, the chassis is in great condition, except the front tires (the famous "diplos"). The rear tire walls show a few marks, but they look in good condition. Count about 15 to 20 minutes to entirely assemble this somewhat basic chassis.

However, the epoxy chassis plate gave me the opportunity to verify an idea I had when working on my Ferrari 312T3. The idea was the electronic deck stands (the "rubber mounts") where participating to the chassis "suspension", or more precisely, were involved in the chassis flexion that acts as a suspension system. Because of the more flexible epoxy compared to the Ferrari 312T3 metallic plate, and despite the electronic deck having three stands instead of two, the fact is the "rubber mounts" have nothing to do with the chassis flexion. Either loose or firmly tight as the manual recommends, the epoxy chassis flexion remains the same.