While I was wandering a well-known auction site for something else, I found a bad listed item. In order to have a closer look to the photos, I got closer from the screen and incidentally I clicked: by pure coincidence, the auction was ending at that very moment and I won it without even noticing

The photos below explain why I was pretty confused: the item was listed as an F103GT chassis. 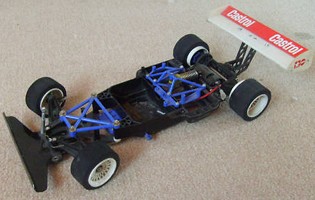 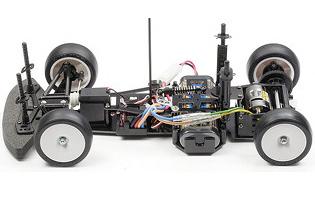 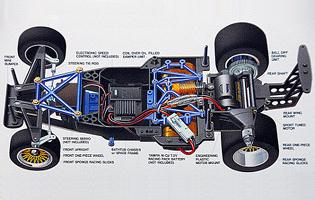 LThe front bumper doesn't belong to the original chassis and I have doubts about the rear wheels. The front body mounts also appear to be missing, but the chassis and the wing speak for themselves: This is a GroupC chassis, more exactly, this is a Jaguar XJR-12 chassis. It isn't possible to determine whether it is the 1991 58092 version or the 2005 58352 re-release from this picture though, but intuition says this is the re-released version.

Update:
At first, I did some researches to determine whether I had an original chassis from 1991 or a re-release version from 2005. After publishing this article, I sent mails to my friends Theo, Karim and Kyosuke: they all answered that, as far as they knew, my chassis was original since it had the blue plastic parts. Having a closer look to the manuals, I noticed that the blue A tree reference is 0005386: but also that the 1990 Mercedes C11 A tree reference is exactly the same, except is is black plastic! (see the catalog official photos below). It can be surprising for an manufacturer like Tamiya to have produce two identical part apart from their color under the same reference, but the proof is there. Regarding re-released GroupC models, the A tree was only made black: this means my chassis in an original from 1991. Thank you Theo, Karim and Kyosuke for your help.

The Jaguar XJR-12 GroupC chassis was first introduced in 1990 with the kit 58088 Mercedes C11: here it is as it was presented in the period catalog and next driven by my friend Teamneogordini. 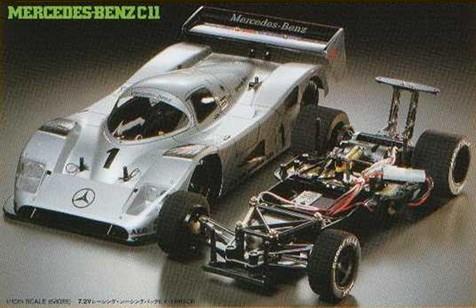 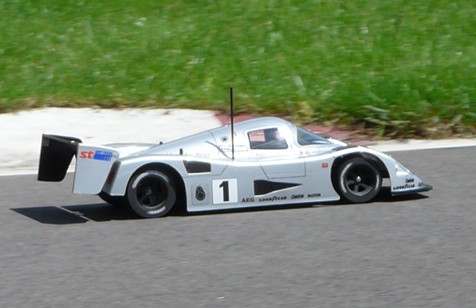 Tamiya then reused the same chassis to fit the 1990 Daytona 24h Race Jaguar XJR-12 winner. This bodyshell is somewhat specific since it covers the rear wheels for aerodynamic purpose, which makes it look uncommon: 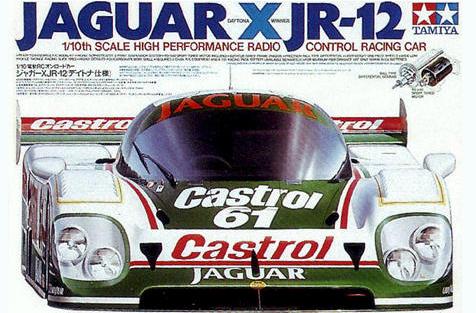 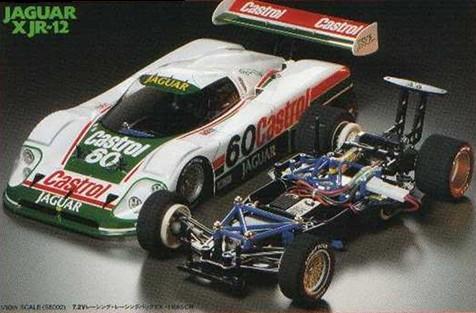 The GroupC chassis was also used by these models:

This series shows two different phases: from 1990 to 1992, and the two limited edition models in 1995 and 1996 that feature bodyshells made by Parma: these models are very looked after by collectors because they are rare.

My Jaguar XJR-12 when it arrived

As I said at the beginning, I received a bare chassis (except the rear wing), and as per the auction description, the chassis is not new. The vendor did a pretty short description for what I received: 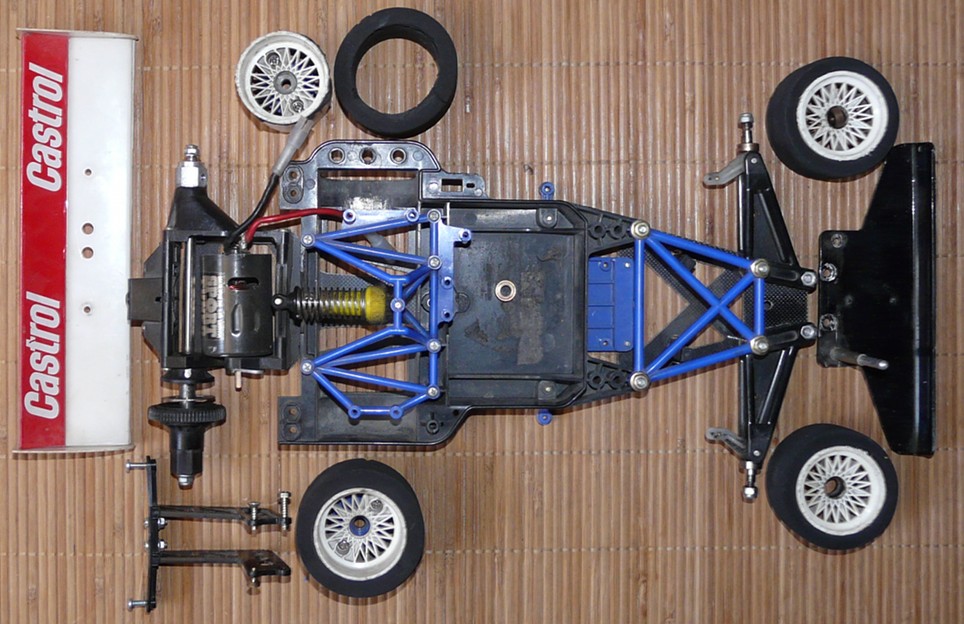 The chassis requires full disassembly, cleaning, ball bearings replacement and a complete refection of the differential. The rims are in a very used state, the front tires may still be good but the rear ones show multiple cuts I just can't explain: it seems like the previous owner ran them on razor blades. The Sport Tuned motor needs to be checked since it shows advanced use, and a motor pinion is required. At sight, the rest looks in a decent state under the dirt and I may use the custom front bumper in the final setup to better protect the bodyshell.