I had been looking for this chassis for several months when it showed up in Vintage-RC classifieds: after checking quickly the photos, I couldn't resist any longer. If I had had the choice, I would have preferred a Ligier JS9 in its Competition Special version because I think it looks greater than this Ferrari: unfortunately, this is one of the rarest in the series. However, the Ferrari 312T3 will do the job to fulfill my interest for the chassis.

The chassis on this series is derived from the Tyrrell P34 Six Wheeler's from 1977, minus its front drivetrain specificities. This more conventional version made its debuts in 1978 and its career lasted until 1982. 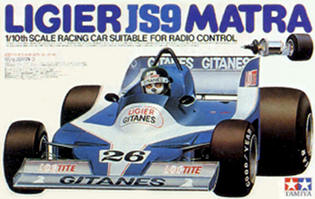 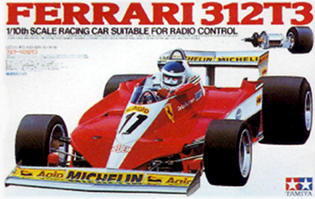 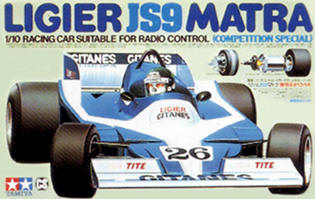 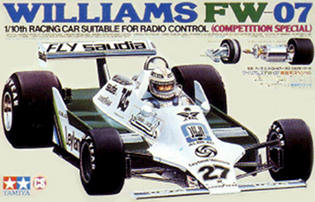 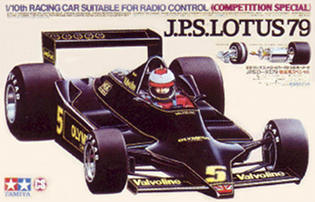 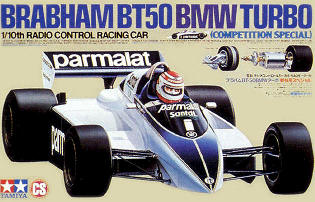 Another model belongs to the family: the B2B Racing Sidecar released in 1979. This is a specific adaptation like the Tyrrell P34 Six Wheeler was. So this chassis was declined in 3 versions to meet the very specific characteristics of some models: 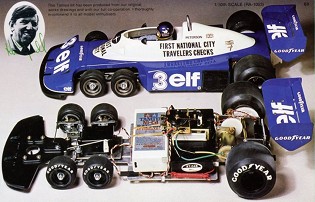 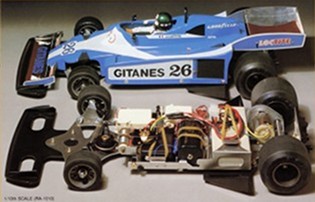 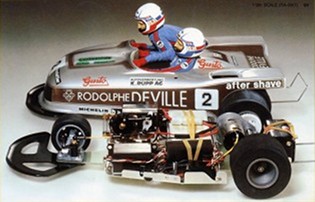 Last, this chassis received a "Competition Special" variant, featuring an RS-540 motor and sponge tires in replacement of the RS-380 motor and rubber tires on the standard variant. The front sponge tires are of the "diplo" type: a hard sponge band (gray) in the middle of two soft sponge bands to improve the grip. 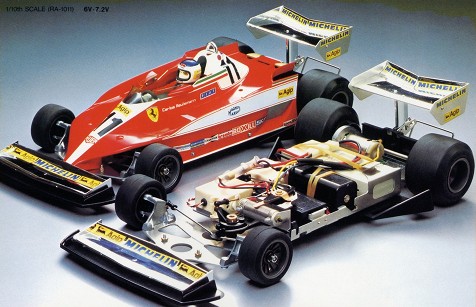 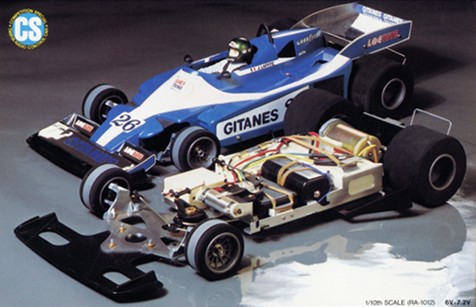 There is also a special re-released Ferrari 312T3 version on the F-103RS chassis from 2002 (kit 49191) featuring two bodyshells like the original, one in ABS and the other one in lexan. This is more the fit of a re-released bodyshell onto a modern chassis than a true re-release though. 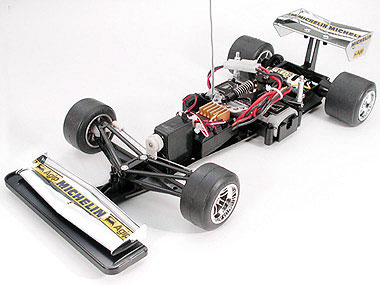 The model in action on the second photo belongs to my friend David from RC 4 Old Nuts. You should know that with the stock rubber tires and Sport Tuned motor, the car badly lacks grip and is uncontrollable. Only foam tires can help but they do not exist in the correct size to respect the the overall vintage look. In conclusion, this model can either be used as a shelf-queen in its original form, driven with a standard 540 motor and original rubber tires or with foam tires at the price of realism.

My Ferrari 312T3 when it arrived

Now that presentations are made, it is time to have a close look to this venerable model joining my collection. The seller claimed it was in perfect state, complete with it period motor and electronics. Some photos after opening the parcel: 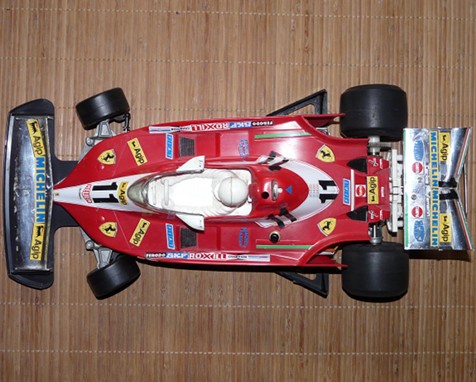 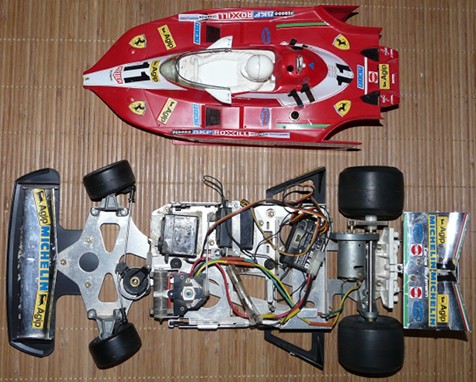 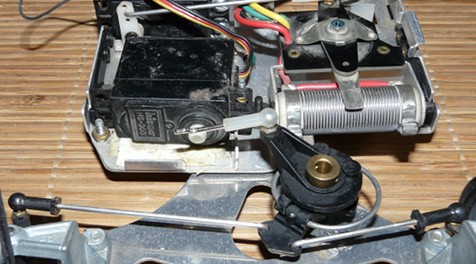 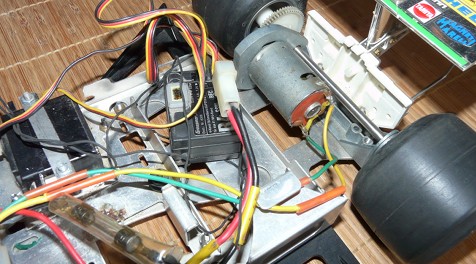 The model is in very good condition: nevertheless, I will entirely disassemble it to check each element individually. Some ball bearings will replace the metal bushings and everything will be cleaned. On the bodyshell side, chromes suffered from time and impacts: they could be replaced by those from the re-released version if they were not that expensive. Concerning the bodyshell itself, it was not painted: here again, the best would be to remove all the stickers, to paint it and apply a new set of stickers. Unfortunately, the cost is pretty expensive too.

Because I don't want to spend more money in repairs than I spent for the car as it comes, my efforts will mainly focus on the chassis in order to bring it back to the track. But the goal is also to take care of the bodyshell as much as possible.