This is a second hand model in perfect condition despite its 30 years old! This original 1977 release is close to an UFO in Tamiya range of products, exactly like when its real-size counterpart showed up on Formula 1 tracks at the time. This radical architecture was designed to get a better lift by lowering the front end of the car which offer better frontal downforce.

The smaller front wheels diameter reduced grip so the front drivetrain was doubled and thus it offered a greater total contact patch of the front tires compared to classical designs. This model is unique in Formula 1 history, especially because no other team ever dared to develop such a radical concept... and may be also because rules didn't allow caravans providing aerodynamic features

So this is a very old model that joins my collection and I'm lucky it is in perfect shape. Despite of its advanced age, my Tyrrell P34 Six Wheeler will not stay on a shelf: this car will be driven so that the RS-380 motor can scream when running at full speed in the grid lane...

Even being very specific to this model, the chassis is mostly based on the one found on Tamiya first two models. Most important, it is the start of the first Formula 1 model series until 1982. In addition, Tamiya released a limited edition of this bodyshell on the F103RS chassis in 2000 to celebrate the real car victory in the Historic Formula 1 championship that same year. 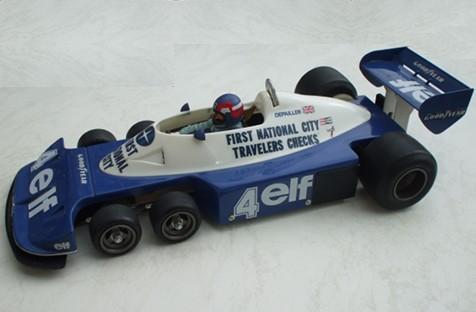 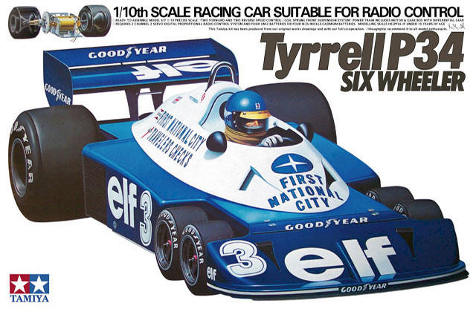 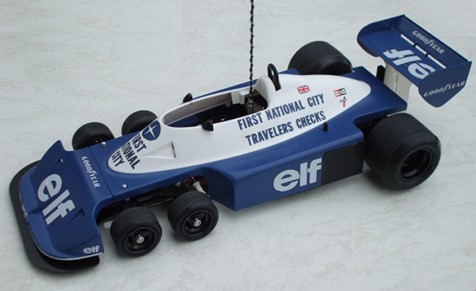 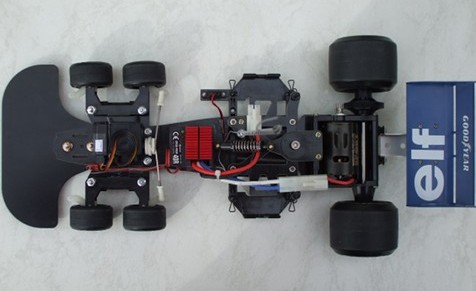 No other model uses the 1977 original Tyrrell P34 Six Wheeler chassis. But the modified F103RS chassis was used for another version of this car: 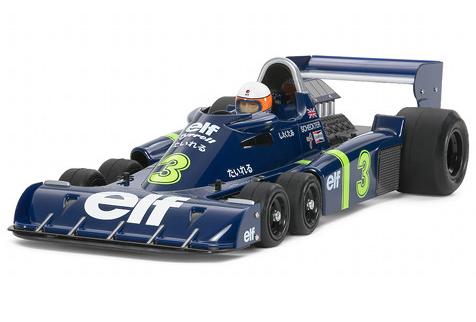 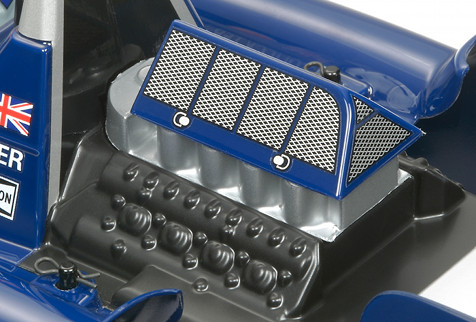 My Tyrrell P34 Six Wheeler when it arrived

I bought this model from a fellow collector who owns several versions of this so specific Tyrrell P34 because he loves the chassis architecture: I fully agree with him. The model never ran so far: it is in perfect shape but decades left their marks on it. 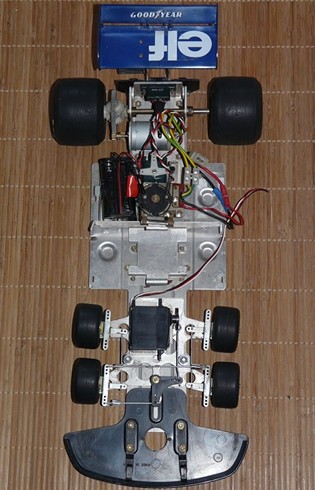 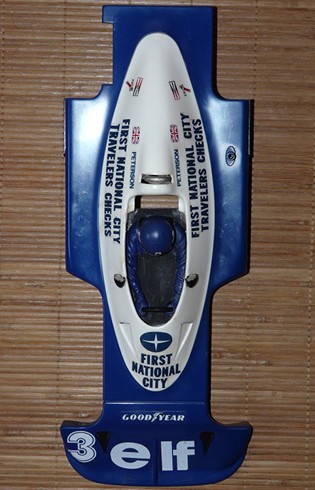 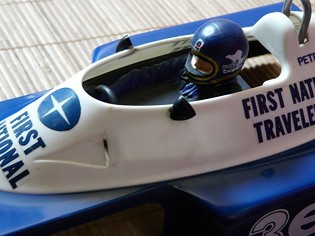 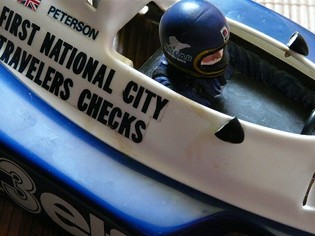 A good cleaning is due to sweep 3 decades and the white part of the body needs some work since it got yellowed in some places (as you can see on the second cockpit photo). Of course, I will also need to work on the electronic components.